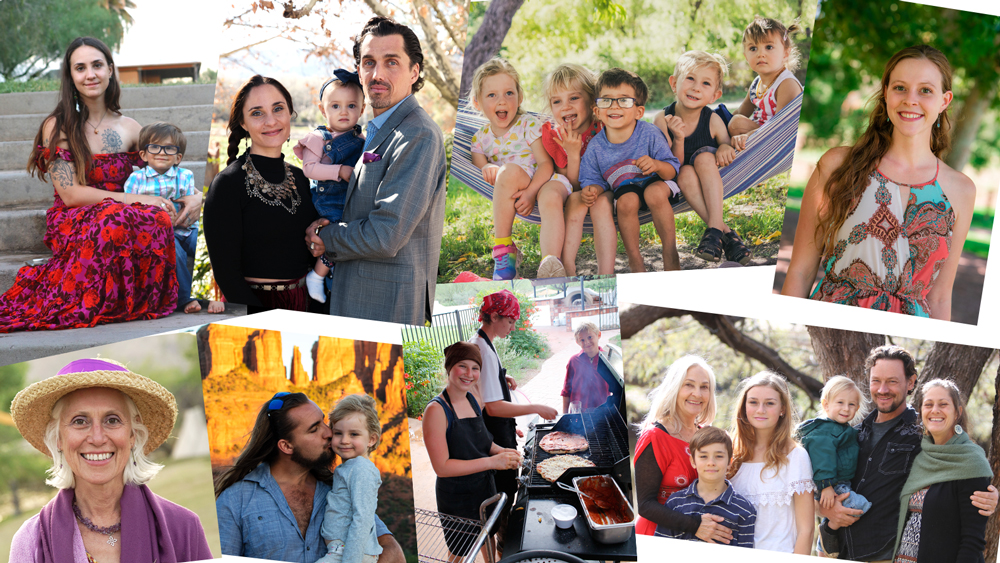 I’ve been pondering the word collage. As a child I would make simple collages, not exactly having a vision or goal, but randomly sticking various media, curios, or whatever caught my eye onto a poster board, hoping my endeavors would be both beautiful and meaningful. They mostly were not. Instead they would better be described as reflecting chaos and nonsensibility.

As an adult, while my artistic pursuits may have diminished, I can still conceptualize a collage, but in a different and new way. Rather than limiting a collage to a physical piece of art, I have expanded the concept to envisioning our planet as a global collage—a planet transformed by purposefully pulling together the best on this planet to realize a beautiful and continually morphing reality. And although it may be a noble vision, unfortunately, the materials available for assembling and then presenting an inspirational collage are just not prevailing. The sad truth is, many who live on this planet are devastated by violence, catastrophes, disasters, and the consequences of poor leadership. Hence, many people are left in a heap of hurt and struggle, while untapped potentials that could be life-changing (and world-changing) lie dormant or heavily suppressed. 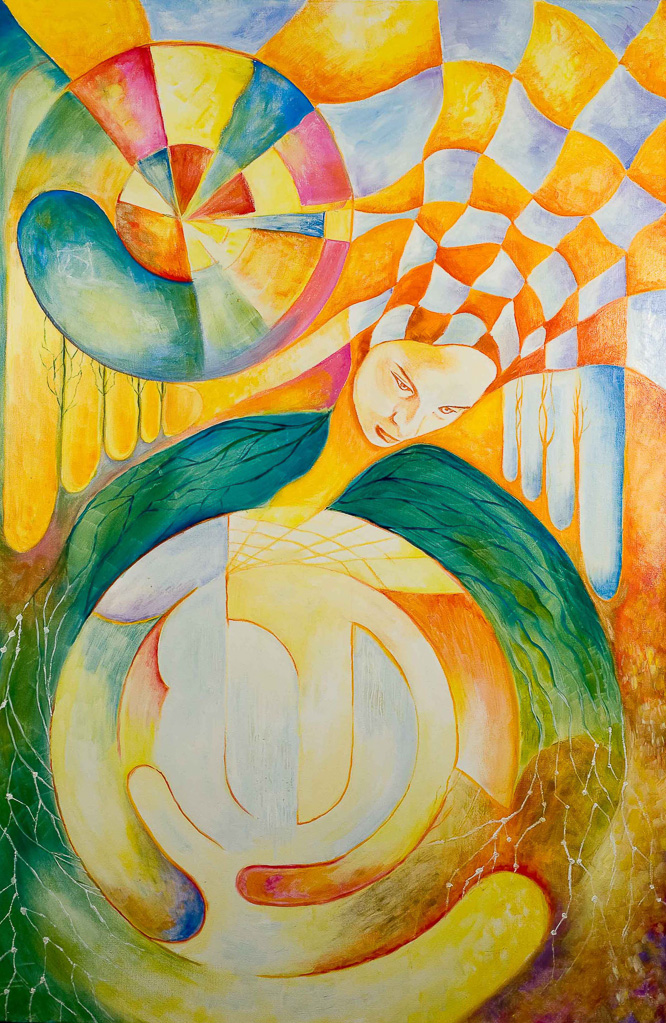 The Global Corona Virus pandemic continues to wreak havoc on the planet, killing more than 2.5 million globally and more than one half million in this country[1]. And while the world looks to scientific guidelines and vaccines to defeat the virus, troublesome mutations continue to appear around the world.[2]

Environmentally, our planet—a living organism in its own right—is dying.[3] Contaminants are poured into the water, soil, and air by countless polluters. The ramifications of a multitude of untested policies and experiments—including fracking (the high-pressure pumping of water and chemicals to crack rock and extract gas below) and climate geoengineering (the spraying of chemicals from planes to create artificial clouds that then fall to the earth and affect the water and soil) also contribute to the destruction of this planet. The extreme climate changes, a sample of which was delivered via an arctic blast in February of 2021, will continue to challenge the operations of present-day infrastructures.[4]

Economically, the extremely wealthy of this planet (the 1%) have usurped the wealth while the poor scrape for crumbs. The latest statistics report states that the “world’s 2,153 billionaires have more wealth than the 4.6 billion people who make up 60 percent of the planet’s population”! [5]

Scientifically and politically, pride and profit have resulted in the misuse of nuclear power for energy and war, resulting in horrific disasters and affecting the health and life of all living creatures—not just humans.[6]

The safety of food is rapidly declining due to the practices of intensive industrial, chemical-based farming and genetic modification. Humanity has no idea what the consumption of chemically-laden and genetically-modified foods have on health and their longevity. And companies like Monsanto use money and political pull to avoid independent testing and to prevent any public disclosure of the presence of GMOs.[7]

War is the new world norm, encouraged by the military industrial complex and backed by those selected to be in power.[8]

People around the world continue to risk their lives attempting to escape brutal regimes or merciless fanatics. In countries like Yemen and Syria, the citizens are either being starved to death or are attempting to escape through treacherous life-threatening conditions to another country in order to survive. Too often the escape fails, and we see bodies of little children washed up on a beach. In other parts of the world children are forced to kill their parents and then take up arms as child soldiers or become unwilling wives of godless extremists.

How could all of these disasters and tragedies be happening on a world that many attach the word “civilized” to? Needless to say, this does not fit in the global collage the myriad good people of the world are desirous of. So how are we to move forward towards an ever-evolving, progressive reality? I believe we must first stop the retrograde of evil that affects this planet. We need a total change in direction and immediately. The question is, how can change that will result in a healing and an advancing world be set in motion? There are many possibilities, one of which tragically may be the complete breakdown of all current governments and systems due to the disasters and poor choices listed above. 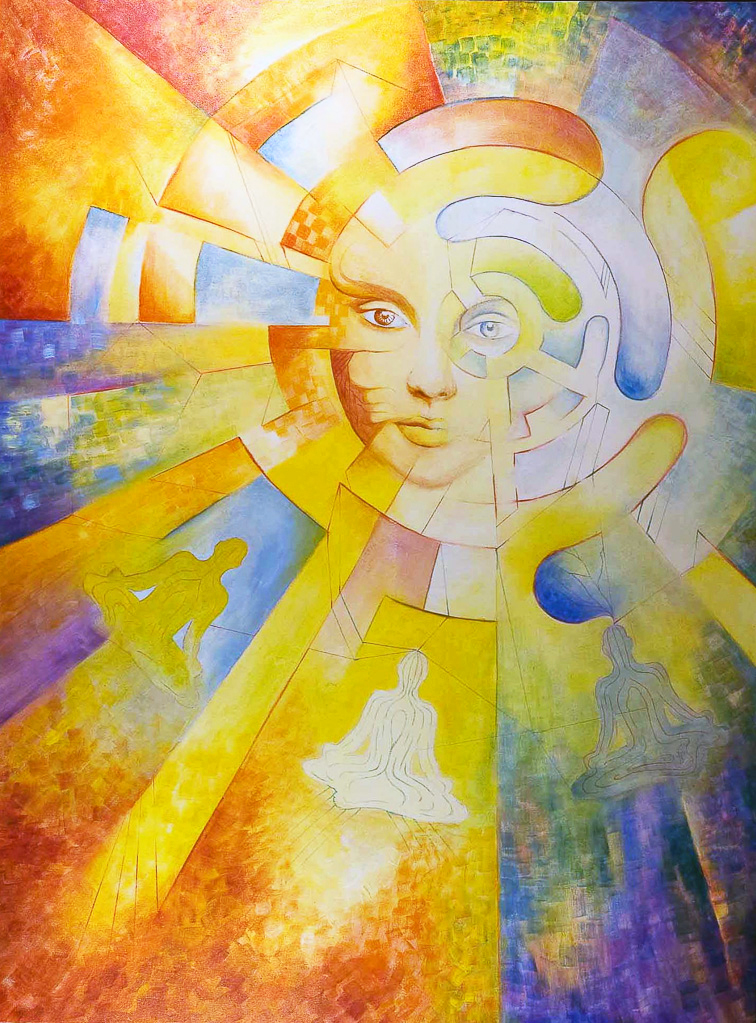 While many accept there are challenges in the world today, too often there is an unrealistic expectation that “normalcy” will soon return. Many who are shielded—so far—from the suffering, settle into the “it’s all good” mindset. From this mindset, we often hear the term “collective consciousness” accompanied with the belief that this human collective consciousness is somehow akin to God and can create a new reality. Unfortunately, the majority of humankind is too young and too inexperienced to pull off creating a new reality merely by citing and contemplating a New Age expression and then expecting everything will turn out OK.

Other terms that can elicit excitement are “insurrection” and “anarchy.” As witnessed in the 2020 presidential election, some who were distressed by the perceived loss of “white supremacy” resorted to a violent coup attempt to disrupt the certification of the election. Similarly, many activists proudly proclaim themselves to be anarchists, ready to overthrow the current regimes—political, economic, corporate, etc.—with no intention of having anything else take their places.

While the current leaders of the world recognize the realities of matter and mind (one would hope anyhow), very few acknowledge the spiritual, and if they do, they themselves are caught in the dogmas of institutional belief systems and tethered by the social, corporate, and political peer pressure they feel beholden to, rather than the ever-expanding and living spiritual values and realities of a truly higher vision.

Many spiritual leaders of the past had a calling to initiate change. Melchizedek, also known as the high priest of Salem, was tasked to work with Abraham and gather missionaries to re-proclaim the one-God concept. Jesus, the Creator Son of our Universe[9]—whose message is still yet to be heard and then heeded—brought the concept of the Father-/Motherhood of God and the brother-/sisterhood of humankind. Mohammed united many warring tribes; he convinced them to abandon their tribal deities and instead worship the one God. There are other major religionists and many minor ones who were able to correct and then progress humankind forward. Yet the followers who carry on often lose sight of the vision and retreat into dogma, rote repetitions and formalities, and even distort the teachings into something unrecognizable from the original precepts.

Those who are truly spiritual have no desire to inflict religious violence, destruction, or brutality. Those base qualities only exist because the humans who possess them have chosen to respond to the lower animal nature, to not hear or follow the Fragment of God within them, or to not follow authentic spiritual leaders. Too often they are more desirous to justify their lower natures through their own interpretations of the teachings and writings of the spiritual leaders they claim to follow. True spiritual leaders have a level of consciousness and understanding of God’s will that far transcends that of their followers—then and now.

True spirituality embraces God-directed change that progresses both individuals and humankind forward. Incorporating true spirituality into one’s being and practicing its principles help us to cultivate qualities that are more Godlike. And what is true spirituality? One could start with the fruits of the spirit—love, joy, peace, long-suffering, gentleness, goodness, faith, meekness, and temperance.[10]

So, with a dose of humility, humankind can move forward—if we admit we need help and guidance. A new reality won’t miraculously emerge from the ashes and run its own course. People everywhere need to place their trust in those leaders who seek to heal the planet and unite humanity as a planetary family—loving and kind people taking care of one another regardless of what a person looks like, where they came from, and what they were brought up to believe.

A New and Divine Direction

Leaders who are capable of directing the human participants to co-create a reality founded on divine pattern are more balanced on all three levels of reality—the physical, the mindal, and the spiritual. The new prototype for the future is based upon the principles of divine administration, which are found in the latest revelation to the planet—the Fifth and Continuing Fifth Epochal Revelation.[11] Though many of these ideals and principles have been envisioned and partially practiced by individuals and groups for centuries, they are unified in The URANTIA Book and The Cosmic Family volumes and are now being implemented through Global Community Communications Alliance and its many affiliated service programs, including The University of Ascension Science and The Physics of Rebellion and its evolving EcoVillage campus culture.

The leaders at the helm are Gabriel of Urantia and Niánn Emerson Chase, who work closely with other spiritual elders and administrators and a team of dedicated individuals to establish divinely-led administrated systems—from agricultural to educational to technical to artistic expressions. And while humankind as a whole will benefit, so will each human being within it be given opportunities to actualize their unique God-given personalities and talents through spiritual growth and loving service to others.

Some individuals may dismiss the belief in the implementation of Divine Administration and mandated human leaders as religious delusion. But what if it’s true? If it is, now’s the time to take that leap in faith, become students of the newest revelation to the planet, and find one’s place in building a new planetary reality. I have faith that this planet, with the help of mandated human leaders and celestial guidance, will become a cosmic work of art. And, I am looking forward to being a contributing artist to the new and divine global collage.

[10] Paper 210 of The Cosmic Family, Volume I offers a more expansive study to aid us in our ascension process towards perfection and service.

[11] The URANTIA Book and The Cosmic Family volumes