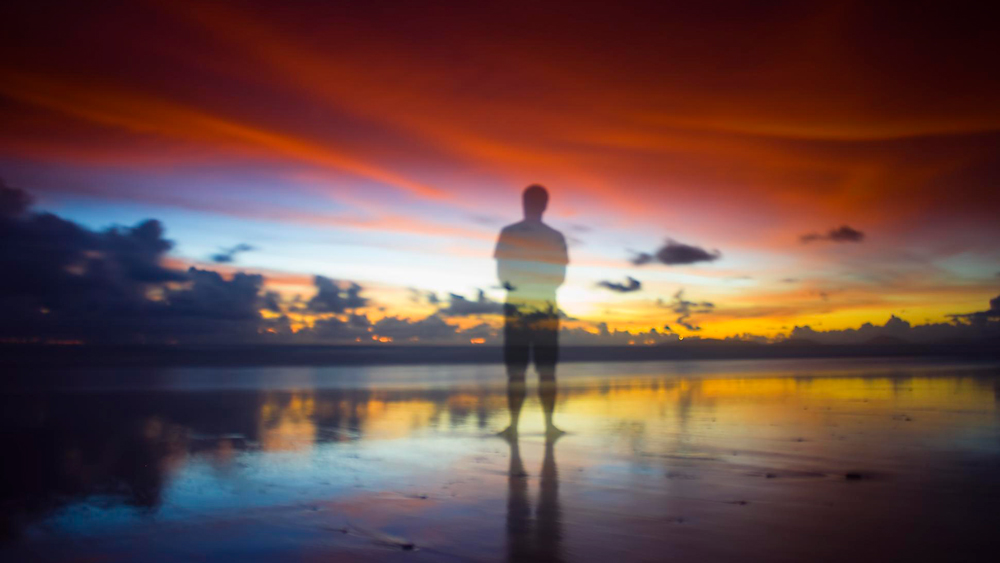 Sometimes life seems to have a soundtrack playing in the background—you know, that kind of epic, ethereal, stellular, magnum opus music that shakes your core to attention and somehow ignites a fire in your soul to find and honor its personal calling to meet D-E-S-T-I-N-Y.

But what exactly is “destiny” anyhow? And who said we (any of us) have one? And if we do, how in the world do we find it? And what do we do when we “get there”?

The world’s cultures speak of many concepts of some kind of unavoidable fate, karma, destiny, and even mythology’s “The Fates,” all strewn throughout human history. So I grew up thinking there was definitely something kind of eerily “out there,” running things behind the scenes, and if I was or wasn’t too lucky, it might “get” me too—which could potentially be a good thing or a very bad one, depending.

Just now, when I asked the Oracle (i.e. Google) for more information about fate and destiny, here’s what I found on the “Great All-Knowing” Wikipedia:

Although often used interchangeably, the words “fate” and “destiny” have distinct connotations.

Traditional usage defines fate as a power or agency that predetermines and orders the course of events. Fate defines events as ordered or “inevitable” and unavoidable. It is a concept based on the belief that there is a fixed natural order to the universe, and in some conceptions, the cosmos. Classical and European mythology feature personified “fate spinners,” known as the Moirai in Greek mythology, the Parcae in Roman mythology, and the Norns in Norse mythology. They determine the events of the world through the mystic spinning of threads that represent individual human fates. Fate is often conceived as being divinely inspired.

Fatalism refers to the belief that events fixed by fate are unchangeable by any type of human agency. In other words, humans can have no effects upon their own fates or upon the fates of others.

Upon further research of these topics, I found more information on differencebetween.net:

Admittedly, the study of fate and destiny is rather esoteric. One must delve deep into mankind’s collective spiritual history while simultaneously splitting linguistic hairs.

Fate - the preordained course of your life that will occur because of or in spite of your actions.

Destiny - a set of predetermined events within your life that you take an active course in shaping.

Fate and Destiny in History

Fate is represented by the three sisters, or Moirae, in Greek mythology. Clotho spun the thread of your life, Lachesis measured its length, and Atropos cut it when you were to die. Variations of these supernatural sisters are seen in Roman and Norse mythology as well. Fate was seen as something supernaturally dictated and beyond the control of mortals.

Destiny can be seen in words like Calvinistic predestination and American Manifest Destiny. It implies an outcome predetermined by a set of events which, once put into motion, move inexorably forward. With this concept, humans have a hand in events, but only to get the ball rolling.

Throughout the eons and ultimately in the last few millennia—as humans strive to understand the universe, the world, and ultimately themselves and their fellows—the quest for higher knowledge and the catalysts behind our lives and the cosmos come into question deeper and deeper: WHY are we here? HOW did we get here? WHO put us here? And WHAT are we supposed to do? And, of course, we can’t leave out the proverbial and age-old question “What is the MEANING of life?”

I think the answers for us all lie wrapped in the blanket of destiny. My personal (and brief) answers to the above life-changing questions are simply: We’re here on Earth to live, love, and learn, and most of all to be of service, to anyone and everyone, all the time, however we can within that. Ultimately God created our soul and gave us life, and we should use that gift to bless others in whatever ways, big or small, that we can achieve.

Sounds so simple on one hand, but definitely not easy, on the other. Life has a way of weaving a web around us that detours us from destiny and somehow allows the mundane, routine, and yet often very necessary aspects of living to fill up all our moments. Then we wake up one day—be it at age 30, 50, or 80—and think, “Wow. I missed my calling. I didn’t find my destiny.” Bummer. BIG bummer, actually. And definitely not God’s perfect will for us.

I had that big moment of questioning in my own life around age 25. So I spent the next 5 years trying to figure out why my life—seemingly filled with all the things that “the good life” is supposed to comprised of—didn’t quite deliver the promised “eternal bliss and happiness” I was looking for. In fact, it all felt rather empty—despite the nice condo in the Philadelphia suburbs, the status car, the designer clothes, the corporate job, the 5-star elegant restaurants and salons, the handsome soon-to-be-a-dentist boyfriend, and on and on.

All that bling didn’t really sparkle so much, once attained. And I didn’t find peace, or contentment, deep inside me. So I started searching. Little did I know, fate (or actually destiny) was already long in the works in the background (kind of like that epic soundtrack again).

I think a job is something we do to make money. I think a career (if we’re lucky enough to get one) is something we think we want and/or are “supposed” to do. I think destiny is something the Divine Powers That Be (i.e. God) decides is actually our life’s goal. And, personally, I really don’t believe in fate; I believe in destiny. Fate is something manmade. Destiny is God-made, by true Divinity—with an all-wise, all-knowing vision behind it.

In my quest, I was bent and determined that by the time I reached 30 I was definitely going to figure out “what I’m supposed to do with my life” because anything otherwise seemed just unfathomable (and yes, you do detect tinges of my hopefully-diminishing Type-A personality and control-issues in there!).

Nonetheless, my path took me from a very conventional and mainstream lifestyle (and, by the way, one that was very socially acceptable with everyone’s comfy stamp of approval) down a road to a very non-conventional and alternative lifestyle (one that some see as wonderful, sustainable, responsible, etc., yet others—including some of my own family—just look at me kind of crossed-eyed and even occasionally let me know of their disapproval).

But alas, I had to follow my heart and find my destiny—no matter where it led or what the price—for the inner call was too strong (and frankly just nagging me to death!). But there has been a price, multiple ones actually. I moved across the country, and at the time, away from everyone I knew and loved and the only place I’d ever called “home” for 30 years. I’ve since lost friends.

Some people believe I’m brainwashed and/or in a cult. Some think I threw my college education (and all that money my parents generously spent) away. My dad died, fairly recently, thinking much less of me, being mad, and cutting me out of his will. 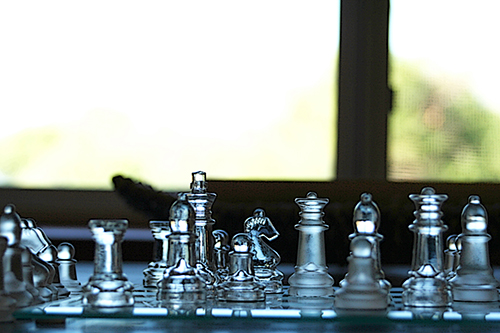 So it is true, making big life changes comes with a cost. But the gains, and what I have now instead, far outweigh anything I’ve endured as “losses.” My mom used to have a refrigerator magnet that said, “Don’t pray for an easy life; pray to be a strong person.”

Back in Philly, I didn’t like my life. Sometimes I didn’t even like me. And I hated my job, as an editor in a legal publishing firm. I had all the trappings of what was supposed to be everyone’s goals in life, and none of it was satiating at deeper or long-term levels. That’s why I left and changed it all, to pursue my destiny, even if I didn’t understand it at the time.

And when you find your right destiny, when you take that leap (sometimes a giant one or sometimes smaller) and walk into the faith of your destiny, it’s truly amazing what can result. There’s an untapped magic—call it serendipity or synchronicity or even Providence—which life without destiny lacks. But that magic unleashes itself when you “follow the yes” and seek higher and divinely-preordained goals.

For me, I found a group of people living in Arizona in an intentional community (two words I never heard put together before coming here) who are building a lifestyle of the future for themselves and anyone else interested, which is more balanced, kinder, slower-paced, sustainable, respectful of the earth and each other, and so much more.

I found jobs (multiple ones during any given week, with much wonderful diversity) that I love and learn new things all the time. I made many new and wonderful friends (some of whom I believe are actually “old” friends—souls I knew in other lives) and overall I have a very rich and satisfying life.

I eat and drink super healthy and organic, non-GMO foods, and I’m healthier in body, mind, and soul than I’ve literally ever been in my half a century on this planet. And most of all, I’m tremendously inspired to keep changing and growing, giving and learning more and more, with the deliberate intention of being useful and in service to others. From that, I gain that priceless gift of genuine quiet budding self-esteem.

In actually finding my destiny, the bottom line is that when all is said and done, and I lay my head down on my pillow each night—no matter what transpired that day or I anticipate in the days ahead—there’s still this subtle strong undertow of a “peace that passes all understanding” that my soul has a foothold in, and I know deep within me that “this is what it’s all about”—I found my destiny.

With prayers for your journey. Via con Dios.