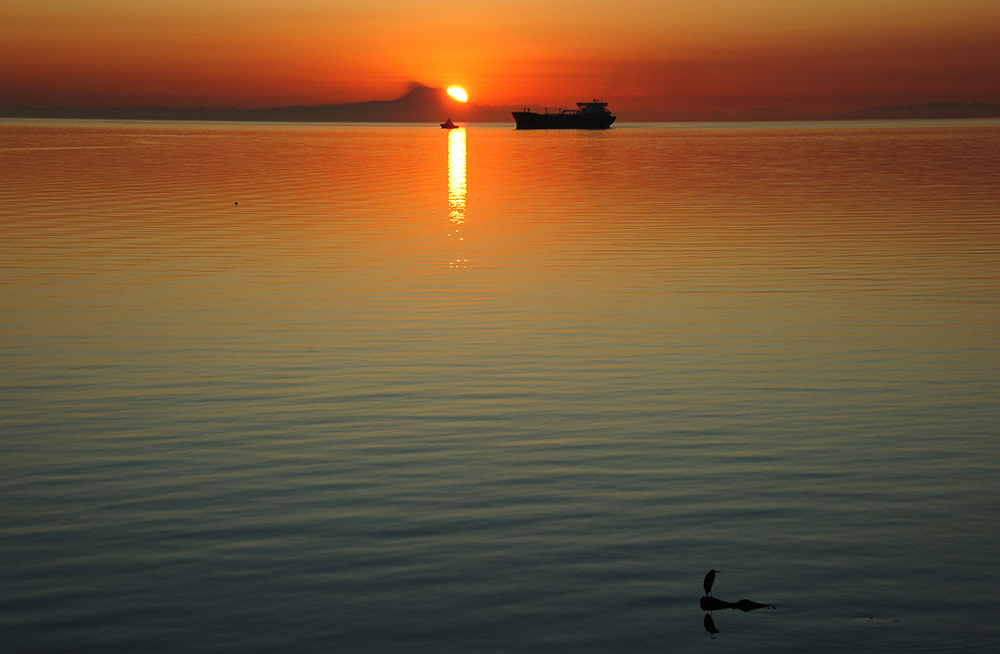 At the end of our second date I told the man who would become my husband that being with him was like putting on an old pair of shoes. I meant it as a compliment—a declaration of sorts—that I was comfortable and that we were a good fit. He confessed some time later that one of the things he loved about me was that I was an “easy keeper”—a farming term for an animal that does not require much feed or, in my case, much attention. Unlike other women he had known, I was easily wooed. I was “low maintenance”. Comfort and ease—the watchwords for our twenty-year relationship.

There is nothing inherently wrong with comfort. After all, when Jesus left behind a spirit helper it was the Comforter—the Spirit of Truth—who ever draws humans toward God. But we are cautioned against ease-seeking in The URANTIA Book and promised that eternity will bring us neither rest nor ease but rather ceaseless progression. A comfortable and easy marriage was perhaps not the most fertile ground for growth for two people whose vocation and avocation—he a mental health doctor and I a lay minister—were to help other people grow.

My husband took an unconventional route to his profession as a doctor. He did his undergraduate work in law enforcement and worked in corrections, primarily with juveniles, until he and his former wife started an alternative kindergarten on the Oregon Coast in the early 1970s. This led to a Master’s in Education and eventually to a Ph.D. in Counseling. When we met he had just received his doctorate and had earlier taken a job with the county mental health agency on the island archipelago off the coast of Washington where we lived. Emergency on-call work was his focus until years of budget cuts and bureaucracy took its toll and he went into private practice, turning his attention to marriage and family therapy. He was never an advocate of pharmaceutical drugs and followed a therapeutic model that employed them only in conjunction with individual or group counseling. I suppose Gestalt therapy best describes his approach—in dealing with kids, he treated the whole family, and with couples it was a three-way street:  the man, the woman, the marriage. He is a Christian, and I suppose his faith informed his work, but he did not practice what is known as Christian counseling.

But the true badge of social maturity is the willingness of a people to surrender the right to live peaceably and contentedly under the ease-promoting standards of the lure of established beliefs and conventional ideas for the disquieting and energy-requiring lure of the pursuit of the unexplored possibilities of the attainment of undiscovered goals of idealistic spiritual realities.

I was not privy to the details of his work of course, since doctor/patient confidentiality was very important to him, but I know him to be a moderate man and suspect that his approach was one of moderation. Like many of his generation, he was raised in the church, but he did not have a deep personal relationship with God. His life was not centered on God, so his work and therapy were not God-centered either. Instead, the therapeutic approach was self-centered—looking at your self and adjusting your self to fit the world. Nothing radical or extreme—it was the difference between a tune-up and a complete engine overhaul.

In the early years of our marriage we attended church regularly, but it was more social than spiritual. Eventually a strident pro-life faction took over the leadership of our little Presbyterian church, so we wrote letters of resignation and had no church family for a time. A crisis in our marriage, though, sent us down the street to the Episcopal Church that extended a welcome to “searchers, skeptics, doubters, and believers”—surely we would fit in there somewhere. We were looking for common ground—an intersection where what he believed and what I believed could overlap. Soon we were immersed in this fellowship whose mission statement was “to be compassionate as God is compassionate” (Luke 6:36). We each found a safe place to examine, explore, and expand our personal relationships with God. We made new friends. We committed to a four-year course of study called Education For Ministry, and we rededicated ourselves to strengthening our marriage bond.

The crisis that precipitated the change, though, did not diminish. My son had found his destiny purpose in the Arizona desert by becoming a member of a spiritual community presently known as Global Community Communications Alliance. The closer I got to his cosmic family, the louder God’s voice called to me that this was my destiny too.

But it is a slippery slope that starts with comfort, descends into complacency, and ends in apathy. Contentment is a drug that anesthetizes until awareness disappears. What felt cozy and warm begins to feel stifling and constrained. Hopelessness sets in. Rousing oneself from this apathetic slumber takes so much effort; it is easier to sleep.

Somewhere along the way I read a quote from Jiddu Krishnamurti:  “It is no measure of health to be well adjusted to a profoundly sick society.” It woke me up. All around me I saw evidence that the framework of society was crumbling, and it seemed the only way to save it was to take it down to the foundation and start anew. Radical change was required. A bandage would not suffice when amputation was needed. An hour of psychotherapy once a week could not compare to a life lived in reflection 24/7. All institutions—from church to government, from medicine to education to the press—have been infected with the germ of greed and the poison of “self”. Inoculation is not enough; quarantine will only delay the inevitable. A cure is only possible if the whole world changes, and it has to start with me. To embrace my destiny as a change agent is my only hope for survival.

The common ground my husband and I fought to maintain fell away beneath us. We could no longer compromise on matters as grave as our spiritual well-being. A wholehearted dedication to doing the Father’s will could only lead me to one place, which meant I had to leave the other place I called home. The choice between good and evil is often clear, but sometimes you have to reject what is good for something that is right. For all intents and purposes, I had a good life. But I did not have the right life. My husband is a good man—he was faithful to me, dedicated to his family, sincere in his love.

M. Scott Peck, in The Road Less Traveled, defines love as “the will to extend one’s self for the purpose of nurturing one’s own or another’s spiritual growth” and so, in the end my husband loved me enough to let me go. I wish we could have made this leap hand in hand, but ultimately we each have to do it alone. Just me and God. Transformation is not comfortable. Change may be simple, but it is not easy. Anything less is not an option.