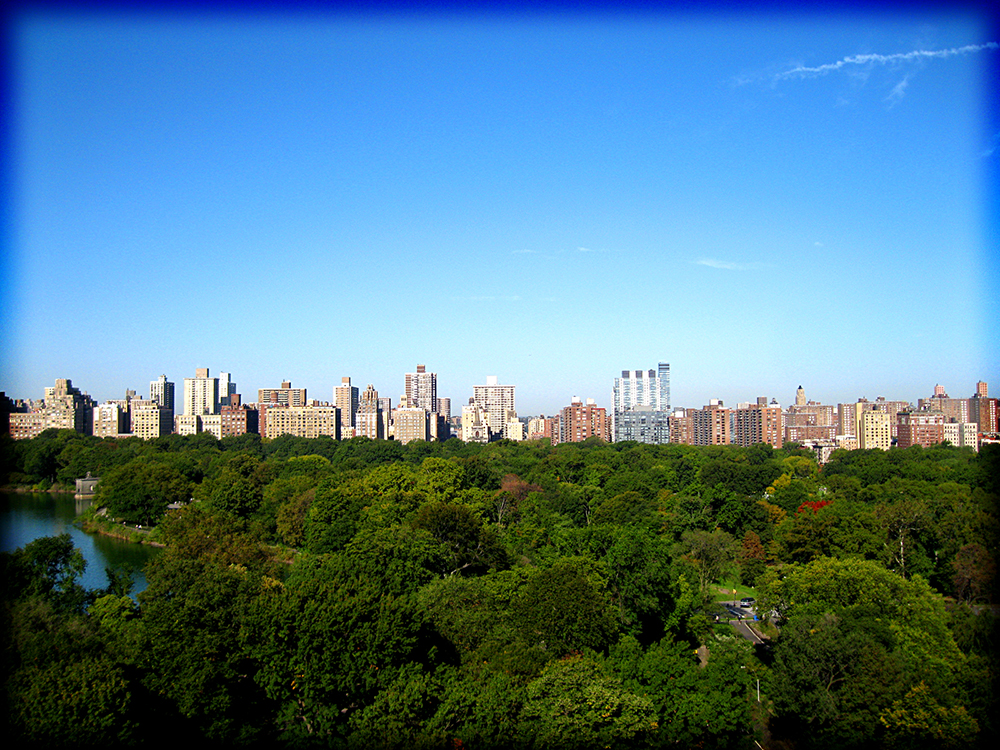 I grew up in a family of the 1%, where during my childhood my father became one of the wealthiest men in America. My family was friends with many other families in the 1%. I went to the best schools, vacationed around the world at the best resorts, ate at the best restaurants, was given the best things money could buy, and lived a life of luxury and privilege. Although I experienced working in various jobs, I did not have to worry about making a living or keeping a roof over my head. I knew that all my needs and wants would be taken care of, as I was allowed access to large sums of money. I lived a life of ease.

There were pluses and minuses to growing up in the 1%. On the one hand, I was able to experience the best this world has to offer and have the opportunity to pursue my passions without financial concern. My father said that he would support me if I found whatever made me happy. On the other hand, I became too comfortable and dependent on my father’s financial support, which kept me under his thumb and took a toll on my motivation and work ethic. I had a very good life, but as I began to grow, I felt that something was missing, as I struggled to find my calling and place in the world. I desired something deeper and more meaningful, and in an attempt to fill this void in my soul, I became consumed by a gambling addiction that lasted eight years, numbing me into a state of apathy. I was self-absorbed by my addiction and sheltered by the lifestyle I had grown up in, which resulted in my naivety and ignorance of the manifold problems and sufferings taking place all around me and around the planet.

My spiritual awakening stirred my conscience and made me aware of the fact that I was accountable for my actions. I could not just stand by and accept a world where millions of people were homeless, starving, struggling, and suffering while the 1%, which I was a part of, sipped on champagne, controlled the majority of the wealth, and could afford with ease the best schools, healthiest foods, world travel, beautiful places to live, quality health care and legal representation. I wanted to live in a world of peace and justice, where all peoples of the planet could enjoy the basic human rights of quality living, education, and health care. I decided to devote my life to achieving this goal. I loved my family and of course I still do and always will, but I knew I had to leave the fold of the 1% to find others who were of like mind. I asked God to lead me to where I could be used in the highest way to become part of the solution.

When I began to devote my life to changing the world and following a spiritual and activist path, I had to change my ways. I have learned that to really transform this world, one has to make radical changes in oneself and in how one thinks and acts. We cannot just “talk the talk,” but we must “walk the walk.” We have to begin to put others before ourselves in our daily decisions. Through unselfish service to humankind, we receive the gift of discovering who we are and of unfolding into our true destiny that God has in store for us. This clashed with my family and friends’ idea of what path I should be on in life, and they did not like or understand the “new me.”

The dream of a just world as mentioned above, where there is a more fair and equitable distribution of wealth and resources is not popular among the 1%, for if this dream were to come true, the 1% would no longer exist. They would have to “share the wealth” as the saying goes, and the majority of the 1% do not like to share, or share as much of their wealth that they should. The government and mainstream media are puppets and pawns of the 1%, used to control the masses so that the wealthiest can maintain their power and increase their fortunes. 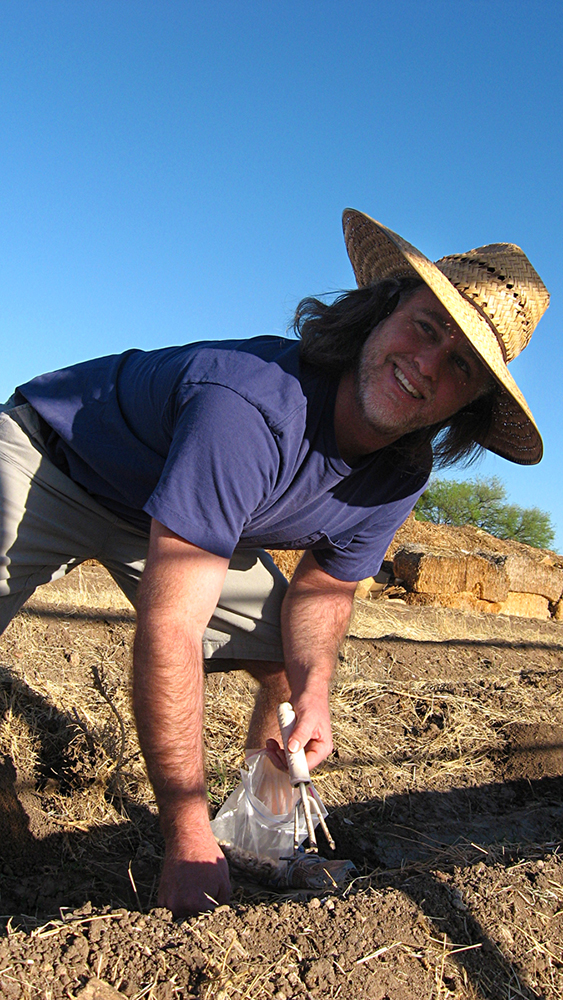 In capitalist America and Western civilization, the masses idolize money and worship people who have extreme amounts of it. Most of the media wrongly glorifies the rich and makes the super wealthy into celebrities and superstars, hence the massive popularity of the Fortune 500 and Forbes 400 lists. Growing up in the 1%, I observed that most extremely wealthy people begin to believe the hype and “wonderful” press written about them and sadly base their self worth entirely on their net worth. This is very harmful to a soul and leads to the wealthy thinking that they can do no wrong, as everyone kisses their behinds and rarely tell them when they are wrong.

A new paradigm is coming to planet earth where those who have the most wealth and riches will no longer have undeserved influence and power. In the coming social model that will be based on spiritual truths and divine administration principles, the influence and power one has will be determined by one’s Godly leadership experience and the level of virtue and integrity in one’s soul. My family’s Jamaican housekeeper Gertrude, who I loved very much, knew what she was talking about when she said, “A man and his money will soon part”.

A relative of mine, also part of the 1%, who is a TV personality, did a one-hour special on primetime television that millions of people watched, defending the idea that “Greed is Good” and claiming its numerous benefits to society. I would not want to be in my relative’s shoes when he stands in front of his Maker.

A recent study by psychologists at the University of California, Berkeley found a direct relationship between the more wealthy a person is, generally the less ethical he is. Even with millions and billions of dollars in their bank accounts, it is interesting to observe that the wealthy are generally more selfish, greedy, and less compassionate than the rest of the population. This is not surprising, because as the great teacher and visionary Gabriel of Urantia has taught:  In order to make millions or billions of dollars in the third dimension (the dominant culture of materialism), one must compromise one’s conscience and ethics and do whatever one has to do—whether it is lying, cheating, stealing, bullying or manipulating—to make and protect one’s fortune, keeping the rest of society fighting for the scraps and struggling to survive. Gabriel of Urantia also teaches that in the realm of the fourth dimension (a culture based on higher spiritual principles) physical things are earned, manifested, and given based on one’s virtue and right decision-making.

The 1% seem to forget “where they came from” if they came out of a middle class or poorer background, losing touch with the common people and their plight. When humankind gets a little taste of wealth, it is often never enough, and people’s hearts begin to harden, straying further away from their Creator. Jesus said, “It is easier for a camel to go through the eye of a needle than for a rich man to enter the kingdom of heaven.”

When Jesus walked this planet, he was an authority on the subject of wealth and had great wisdom to share. During one of his teachings he said:  My friends, it is not a sin to have honorable wealth; but it is a sin if you convert the wealth of material possessions into treasures which may absorb your interests and divert your affections from devotion to the spiritual pursuits of the kingdom. There is no sin in having honest possessions on earth provided your treasure is in heaven, for where your treasure is there will your heart be also. There is a great difference between wealth which leads to covetousness and selfishness and that which is held and dispensed in the spirit of stewardship by those who have an abundance of this world’s goods, and who so bountifully contribute to the support of those who devote all their energies to the work of the kingdom. Never forget that, after all, wealth is unenduring. The love of riches all too often obscures and even destroys the spiritual vision. Fail not to recognize the danger of wealth’s becoming, not your servant, but your master.[1] 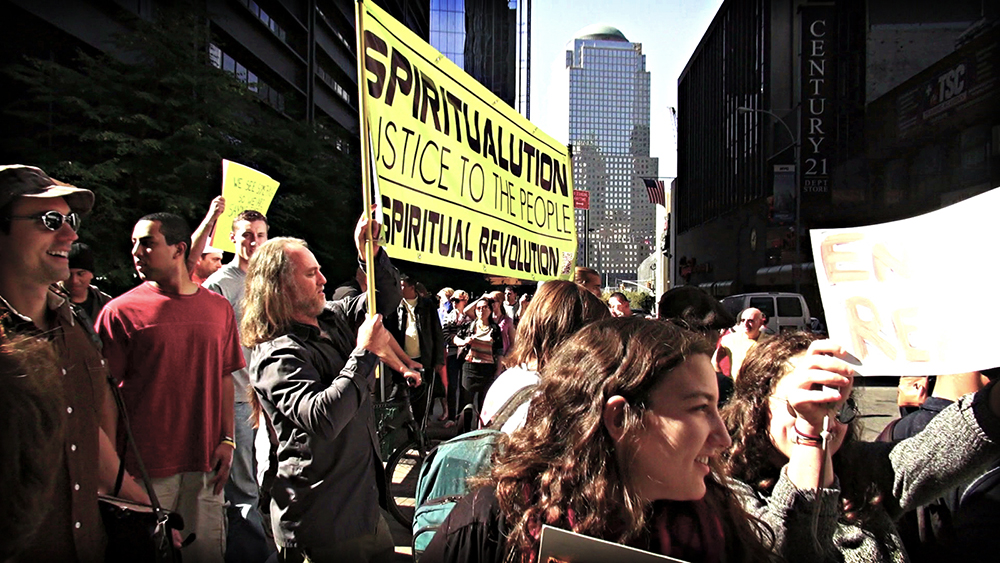 God is good and He answered my prayer when I asked Him to lead me to become part of the solution for this planet. Within a short time I was led to Global Community Communications Alliance the parent organization for The University of Ascension Science and The Physics of Rebellion, which is dedicated to building a new cultural paradigm and to bringing positive change to the world on all levels—physical, mindal and spiritual. We live sustainably, practice “green” building, grow our own organic food, and strive to be our brothers and sisters keeper. We see all peoples of this earth as one planetary family under one God, and we share what we have and have all things in common. We are endeavoring to be an example of higher living for the entire planet.

The campus of The University of Ascension Science and The Physics of Rebellion has become one of the largest and most successful EcoVillages in the world because God the Father is at the center of everything we do. It is also because of the wise and visionary leadership who put the welfare of the whole first and have genuine concern about the plight of our world and its citizens.

In my spiritual walk, I have learned that the path to peace and healing starts from within. It cannot be found in the material world or in things outside of ourselves, but in the inner life. There is a new day coming to this planet, and I think it is coming soon. No matter what background you come from—the 1% or the 99% or somewhere in between—now is the time to take your spiritual life seriously and become aware of the planetary transformation occurring at this moment. For all who have eyes to see and ears to hear, it is time to become change agents and walk away from those lifestyles and careers that are not in service to humankind.

When you begin to get to know the One who created it all, you cannot help but want to become more like that Creator. For the Universal Father is good, beautiful, magnificent, and holy, and only He can ignite the path of our destinies. So I encourage you, brothers and sisters of this beautiful earth, to talk with the Father of All, and talk with Him often, and ask Him to show you His will for your life. His will is often not what you necessarily would like to do in your lower self; however, it is the best thing for your soul, your higher self. I pray that you will listen to and follow God in your life. The real magic will then begin.