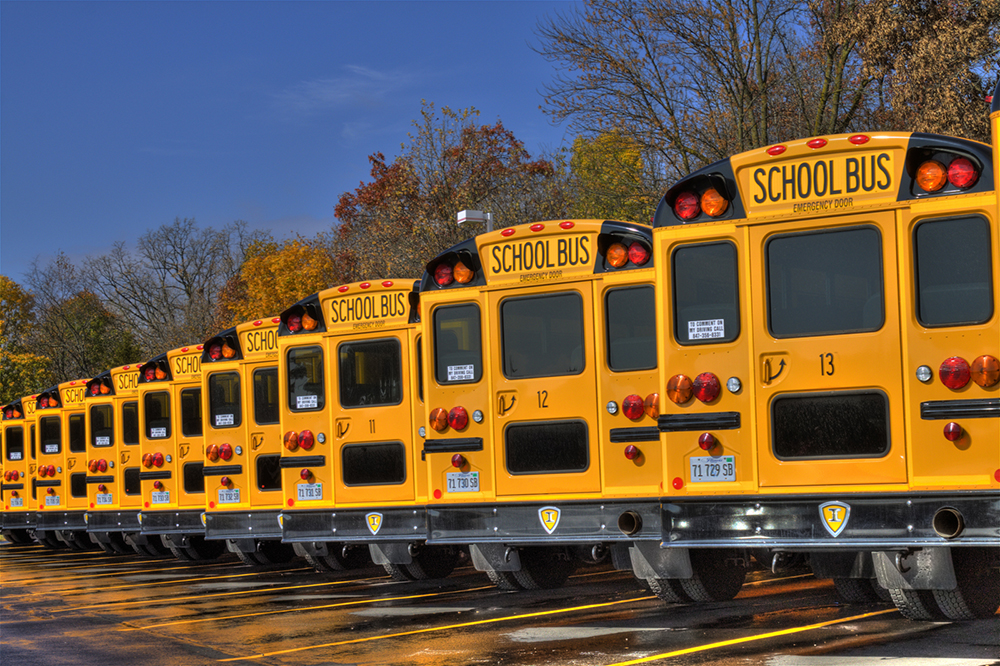 Years ago, I had a conversation with a public-school vice principal from one of our western states. He said his main job was going around to classrooms in his building, making sure teachers were following the curriculums dictated by their system. He also shared that he no longer had the passion he used to have for his job and was contemplating leaving the public-school system. I encouraged him to give it serious thought.

There are many teachers and administers just like this vice principal, but many stay in “the system” because they are afraid of what they might lose if they leave, especially if they are older, have tenure, and close to retirement. Some even become apathetic at the end of their career. Others justify staying because they feel we should try to make changes within the system, which is impossible with the choices being made by the 1% for public education.

Being an educator who finally left the system, I feel moved to share my story. With more than fifty years of educational experience, my story begins in the late 1960s. As a new teacher, living in a Midwestern town near Chicago, I had been assigned to a school in the Black community. I found myself dealing with the reality of segregation in the school system in which I was teaching. At that time, it was not just an issue for the South.

That first teaching assignment was like “boot camp” for the rest of my educational career. I gained more educational experience in those first four years of teaching than I ever did in my undergraduate work at the university. It set the stage for expanding in my own mind the whole meaning of learning dynamics. It was not just about academics. As starters, it included: educating the whole child, understanding different phases of brain development, working with learning styles, theme planning, being aware of multi-intelligences and mastery learning. It also involved knowing the right timing for each student’s developmental processes and learning to tune into the unique learning dynamics of each soul.

Because the twenty-nine 6- and 7-year olds in my first class were all categorized and labeled as “slow learners”, many of whom had “acting out” behaviors, I left that first teaching assignment with many questions. When it came time for graduate work, I became passionate about working with children who were challenging for teachers.

At first, I focused on different areas of special education until I became more aware of how children got negatively labeled and what happened to students the schools could not handle. I actually spent eight weeks teaching in a state hospital school setting where “acting out” or difficult cases were sent.

At this point, I was still working to change things within the system and felt I needed to get involved in supervising programs and training teachers. It was at this time in my career that I met Joseph Chilton Pearce, known then for his published writings in the areas of child development and brain research. I had the opportunity to help host two of his workshops for teachers, one in Houston and the other in Vancouver, B.C. His influence helped determine the focus and direction of my doctoral studies.

I spent several years in graduate school gaining a perspective of what was happening at different levels of teacher education. Then I spent five years actually teaching in both College and University teacher training programs. These experiences only confirmed that I could not change things by staying in the system without compromising the kind of educator I was meant to be.

As I began researching private school programs, Rudolph Steiner’s philosophies of education added more fuel to my fire. I became more incensed about how children are labeled even before age seven, the year given by Steiner when the brain completes only its first phase of development. How can you put a child at age seven in a learning track “limiting box” that follows them in the public system all the way through high school, when the brain has other developmental levels to grow through after age seven? And their emotional developmental process is another consideration all together.

Education needs to provide each student the opportunity to learn in an organic holistic way where the inner spirituality of the soul is included and the student’s destiny is paramount. I was not finding this in the public education system, and I could not continue training teachers for public education when I myself needed to promote a higher and different way. I had experienced public education at all grade levels as a teacher, and then, after working with higher education teacher training programs, it was clear that I needed to quit the system.

I was only a few years into my search for alternative educational programs and private schools when a friend introduced me to Gabriel of Urantia and Niánn Emerson Chase, co-founders of Global Community Communications Alliance and The University of Ascension Science and The Physics of Rebellion (UASPR). UASPR encompasses schools designed for the spiritual progression of adults, teens, and children and offers hands-on teacher training in the Global Community Communications Starseed Schools for Teens and Children. I not only found the private school I was looking for, but also the people whose leadership qualities and astral (past-life) experience held the secrets for what is needed to unfold in my own destiny. 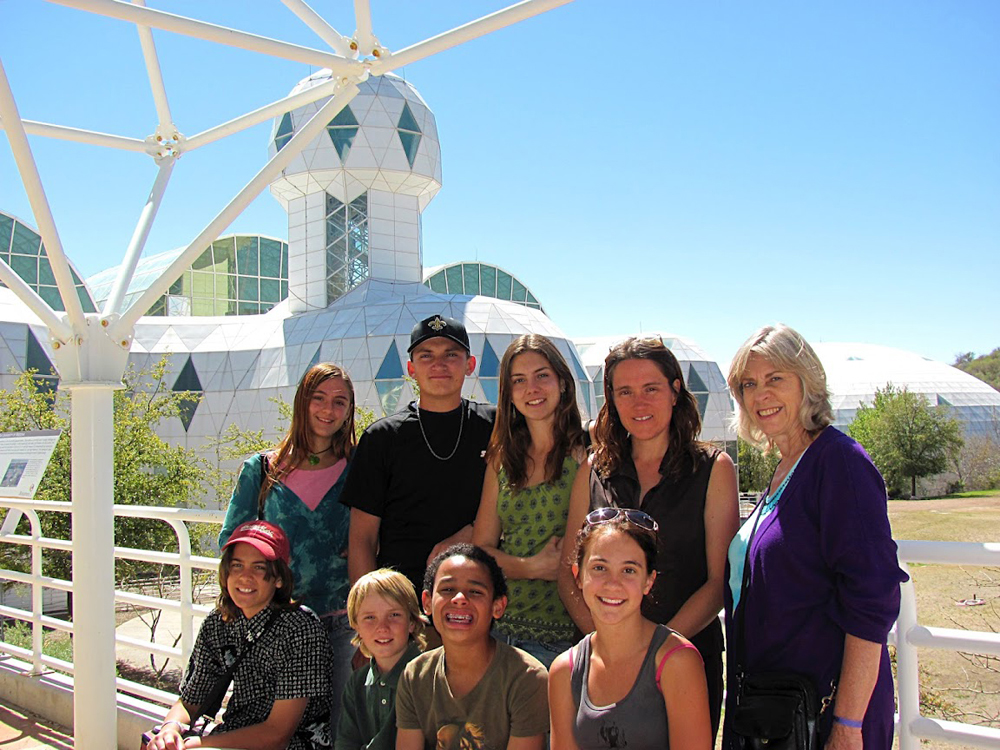 There is a saying, “When the student is ready, the teacher will appear.” These were two very special people and two incredible teachers. It was time to take a quantum leap. A whole new world into a higher way of living and educating opened up for me, and I was ready.

Not only was I inspired and moved by Gabriel’s abilities as a musician and song writer, but also by his spiritual writings that discussed the realities of starseeds, which was key to my next level of understanding as an educator. Many articles use the term “indigo” when referring to students on this planet who are older souls. However, the term starseed, a more educationally advanced and universally accurate name, first originated in the published writings of Gabriel of Urantia[1] in the early 1990s. I was equally excited about Niann’s experiences as a writer and educator, working fifteen years with the Apache Indians on the San Carlos Indian Reservation.

Niann, an amazing visionary, is an incredible Director for the schools. Something she shared in one of her recent articles, struck home to me:  “Those who have a sincere love of truth are willing to go wherever it leads, and where that will always eventually lead is to divine pattern found within natural ecosystems and the higher human systems of thought and behavior.”[2] I truly believe I experienced this very thing years ago when I finally left the established, mainstream system in the early 1990s. Whenever you move on or let go of something you have outgrown, something higher can unfold to replace it. I found what I was looking for and finally understood why labeling students had always bothered me.

Since that time, I have been working with children from a totally different perspective as one of the Program Coordinators and teachers in the Global Community Communications Starseed Schools for Teens and Children. Our whole purpose, as educators, focuses on fostering within each student, “the development of a majestic and well balanced personality.”[3]

Our holistic programs utilize non-graded, multi-age classes which provide students the opportunity to develop and unfold naturally as individual souls, without stigmatizing labels. Students are able to observe the learning of older students as well as experience cross-age teaching, which allows older students to teach what they have learned to younger ones. Students pick up many skills just by watching someone else, especially in the stages of early development when children are so eager to learn. Learning processes can become very dynamic when mixed ages are in close proximity.

Since 1994 when I first began living in an intentional community, I have worked not only with starseeds of all different ages, but have also observed their developmental processes from birth into their young adult years. I have been able to learn first-hand the dynamics starseeds bring into the classroom and our lives.

Because our students live in an agrarian environment that promotes sustainability, they have come to realize that every hour of their day is part of their education where evaluation is used on a daily basis to keep their programs flowing organically. We give support to the areas that need daily attention and keep the doors open for students to soar beyond what is considered normal on this planet. Students are thriving in this open and natural setting.

[2] Niánn Emerson Chase, from her Global Change Teaching, “The Cost of Compromise and the Need for Change Agents.”