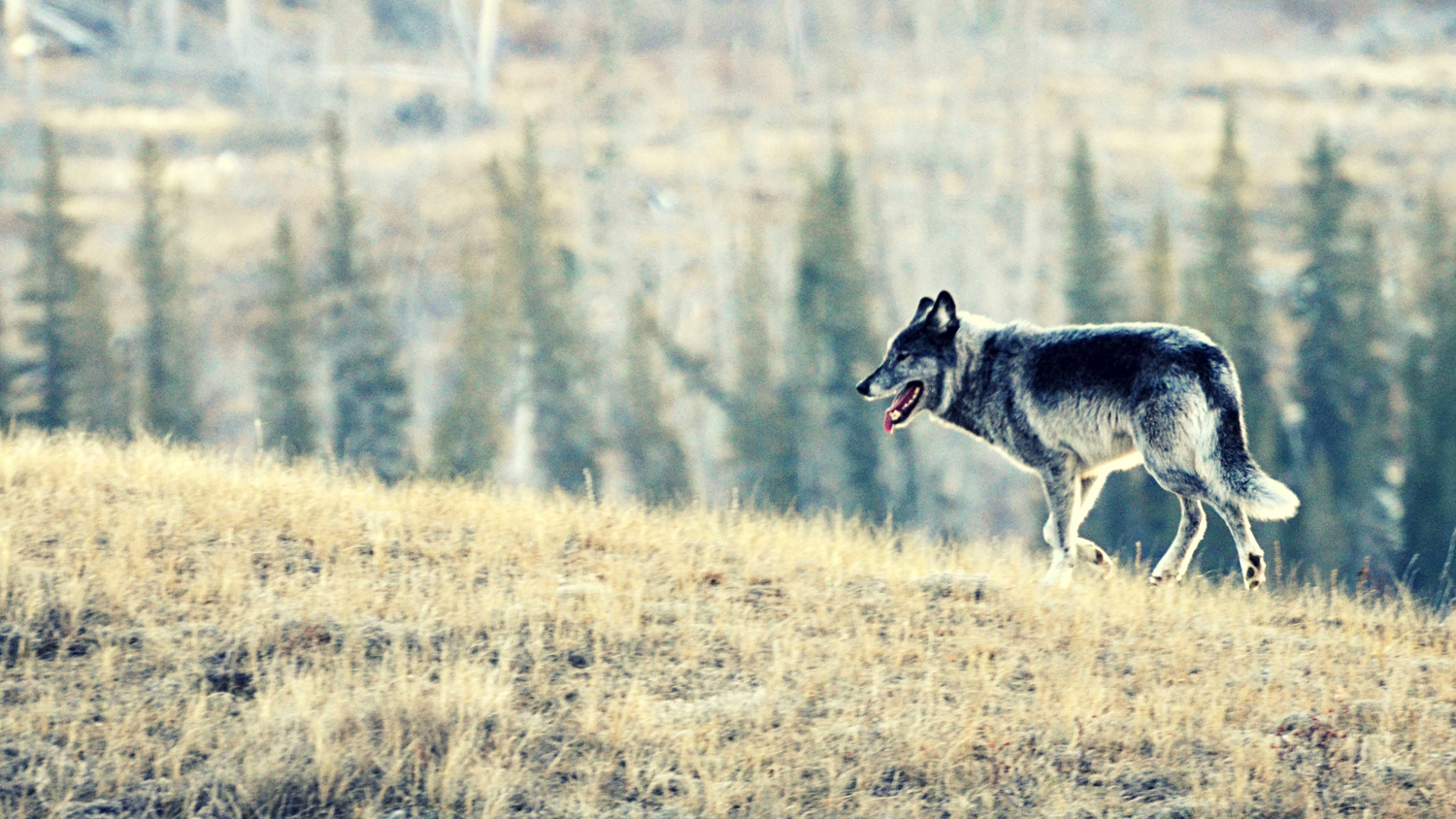 I have long held the romantic notion that I would single-handedly save the world one day. I am sure that part of my delusional narcissism stemmed from my upbringing as an only child—having the rule of the roost in a limited social scene and not having more people in my life to challenge me. To compound the issue, I grew up on a small island off the coast of Washington state. Like the island itself, I grew up a little cut off from the rest of the world, suspended in a bucolic state away from “the real world.” Don’t get me wrong, I loved my idyllic childhood. But as I grew, I began to learn the truth written about by Twentieth Century Trapist Monk, Thomas Merton, and English poet John Donne three-hundred years previous, that “no man is an island.”

At age sixteen I left my island home to become a full-time student at The University of Ascension Science and The Physics of Rebellion. Like a young wolf cub, I suddenly found myself in a pack; part of a larger group of people that I felt secure with and fiercely loyal to. But like so many lone wolves, my sense of independence has been challenged living in community. In my day-to-day life, opportunities for cooperation and collaboration abound, but my ego continues to insist, “I can do it myself!” When I was younger, I naturally gravitated towards more individual sports like sailing and running track. In hindsight I wish I would have embraced more team sports. I am still learning the art of working with other people. It does not come natural to me, but I recognize the need for teamwork in saving the world. In fact, the only way to build a sustainable planetary civilization is through cooperation.

That being said, we can take the spirit of cooperation too far. In our efforts to work well with others, we can hinder progress by allowing for too much collaboration. Patience is a virtue, but when does one stand up and invoke the slogan of the indigenous Zapatista movement and say “Ya Basta!” “Enough already!” I often fail at this, permitting too much diplomacy. Like many, I don’t like to rock the boat too much. At the same time, one of my favorite maxims is that a “smooth sea never made a skilled mariner.”

I love the story of an affluent tourist in a third-world country who comes upon a handicapped child with no arms, desperately struggling to put on an old worn-out t-shirt. A village woman walks up, and the tourist asks if the child is hers. “Yes,” the woman replies, continuing to go about her business. In self-righteousness, the tourist asks the mother, “Why, in heaven’s name, aren’t you helping your child?” The mother calmly replies, “I am.” 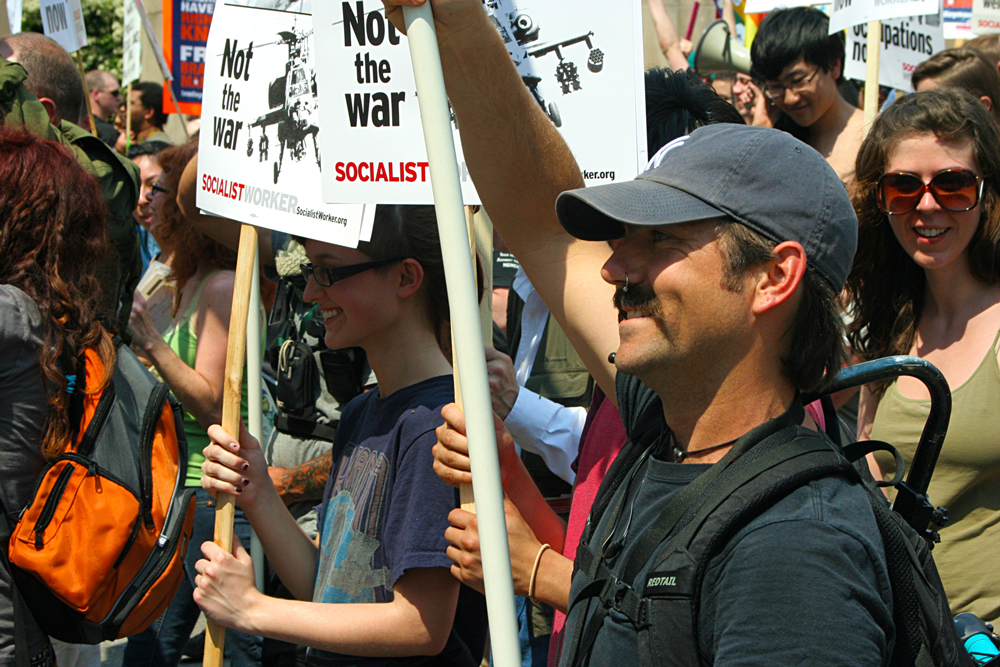 Conflict and struggle are inevitable. There can be no growth without some degree of tension. For those of us that prefer the “path of least resistance” over the “road less traveled,” we remain in a state of satisfaction until necessity forces us to stretch beyond our comfort zones. When we experience conflict, we seek resolution, but the only true conflict resolution is confrontation.

The word confrontation has gotten a bad rap over the years. In modern English, it has amassed several negative connotations relating to threats and hostility, but there is nothing inherent in the origin of the word to imply such negativity. It comes from an Old French word meaning to adjoin, or rather “to be next to” or “to join together.” To confront someone merely means to meet them face to face. Confrontation can lead to conflict, but conflict can hardly be resolved without this coming together; without confrontation.

Confrontation is not just about making corrections and interventions. It can be as much about honoring and recognizing the soul in front of you as calling someone on the carpet. I am reminded of the beautiful 2009 film Avatar that showed the alien Na’vi race, greeting each other with the phase, “I see you”. Their culture was confrontational, constantly reminding themselves and each other of who they are and who they could become.

There is a theater exercise called ‘mirroring’ where two players stand facing each other and mirror each other’s movements. This game is designed to develop concentration and promote bonding between cast members. It is rare that we stand face to face with someone for such prolonged amounts of time, focused on his or her every move. Many times during this exercise there is no distinction between the person who initiates the movement and the person who mirrors. They begin to join together and move in synchrony. They are gently confronting each other; they become one another, mirroring each other.

One of the great hindrances to the progress of human society is the conflict between the interests and welfare of the larger, more socialized human groups and of the smaller, contrary-minded asocial associations of mankind, not to mention antisocially-minded single individuals.

I think of all the times I have shirked confrontation in the past because I wanted to avoid the discomfort that might emerge from it—first, the conflict with someone else, but also the inner-conflict that can arise from seeing myself so clearly in their reflection. When we truly confront others, we are obligated to bravely confront ourselves.

The Little Flowers of St. Francis of Assisi contains a story about the Wolf of Gubbio. In St. Francis’ time, the village of Gubbio was terrorized by a fierce wolf, which attacked livestock and, eventually, humans. It began to wait outside of the city gates and devour anyone foolish enough to venture outside. All who came up against this wolf by force failed and were eaten. No one wanted to confront this terrible beast. The entire city refused to go outside the walls, but St. Francis, in a truly Jesusonian act, went out to meet the wolf face to face. The canine charged at Francis with open jaws, but the humble friar confronted the wolf with the sign of the cross. He said, “Brother Wolf, you have done much evil in this land. The inhabitants of this city are your enemies, but I will make peace between you, and they will forgive you.” The wolf graciously bowed its head. Francis continued, “Because you are willing to make peace, I promise you shall be fed every day by the villagers. But Brother Wolf, if I arrange this, will you promise never to attack an animal or human being again?” The wolf placed his paw in Francis’ outstretched hand. The oath was made and wolf received grace and mercy. In a sense, the lone wolf of Gubbio became part of the village, and the village became part of his pack.

I have been like the wolf—taking without asking and not being willing to serve others more fully and trust in Providence. I have also been like a frightened villager, wanting to avoid the wolf and hide behind my safe city walls. Perhaps I tried to fight the wolf and failed once because I substituted conflict for confrontation. After all, it is so easy to oppose something or someone with a conflicting idea or a contrary opinion. In my inner life I allow conflict between my higher- and lower-selves; in my outer-life I clash with others, openly or privately. I need to be more confrontational; that is, I need to meet both my inner- and outer struggles more face-to-face.

A famous American Indian fable speaks of our higher and lower selves being like white and black wolves battling within each of us. The white wolf is filled with peace, love, hope, courage, humility, compassion, and faith. The black wolf is filled with fear, anger, envy, jealousy, greed, and arrogance. The two wolves battle constantly. One day a young brave asked his wise old grandfather about the two wolves saying, “Grandfather, in the end, which wolf wins?” The sage grandfather replied, “The one you feed.”

It may be hard to “teach an old dog new tricks,” but this lone wolf is beginning to see how comfortable he has become in not stretching outside of his territory. With the goal of building a planetary civilization, confrontation does not hamper cooperation; rather, it is true cooperation—the challenge of coming together in geometrical relationships that are greater than the sum of their parts. The only challenge greater is confronting God, or being confronted, meeting the Creator face to face and placing your paw humbly in His hand to accept His loving grace and forgiveness.