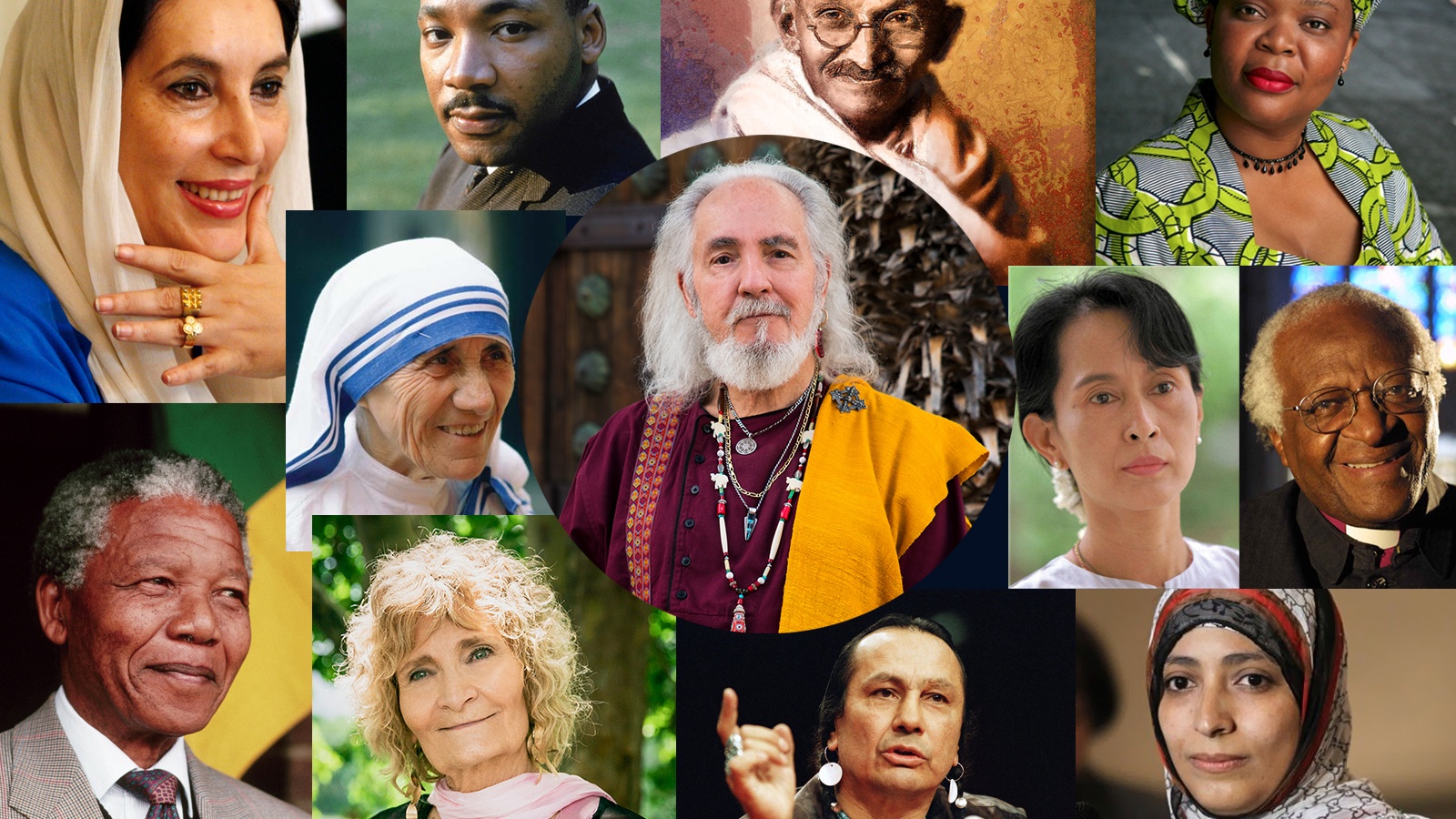 As a man of God and a man of faith, I cannot write this article without sounding idealistic to those who do not have the kind of faith that I have—a faith that I feel the majority of humankind has to have to make a future cooperative civilization possible. Let me explain.

The Aquarian Age will eventually become an age of cooperation. The Piscean Age lasted two thousand years. Will it take us another two thousand years for planetary cooperation to become a reality? In her book Megatrends 2010: The Rise of Conscious Capitalism, which was published in 2005, Patricia Aburdene wrote about how capitalism can change to include more progressive concepts such as:

In that book, Ms. Aburdene states: “Money and morals explore the quest for morals and meanings in business within the legal confines of modern capitalism, a world where public firms are bound by law to maximize shareholder return. What is both remarkable and largely unheralded, however, is that corporate morality often correlates with superior financial performance.” She adds, “I use the word Spirit often, so let me define it before we continue. Spirit, for me, is the attribute of God that dwells in humanity, the Great I AM, the Life Force, the aspect of us that most mirrors the Divine.”

In September of 2012 Patricia Aburdene published another book—Conscious Money: Living, Creating, and Investing with Your Values for a Sustainable New Prosperity, in which she outlines a comprehensive strategy to grow prosperity with integrity and “Spirit”. Many of her concepts and modalities presented in her two books coincide with divine-administration principles, and I wish she was correct in her optimistic timeframe of when her vision will manifest, but she is not.

Ms. Aburdene’s premise is that individuals are becoming more spiritual in all walks of life and that even in the corporate and business world spiritual decisions will become more a part of the decision-making process. As long as capitalism in its current form exists, greed and profit will win out over quasi-spirituality. Quasi means “to some degree, in some manner.”[i] Unfortunately she does not realize that missing is the perfected will of God being really outworked in the lives of many so-called “spiritual” or “religious” people because their ideas of spirituality are often shallow, childish, and tied up in materialistic goals. What Ms. Aburdene and many other progressive thinkers do not realize is that spiritual growth, human ascension, is a slow process. So, as long as the profit-motive is the dominant factor in corporate structures, greed is usually going to be the raison d’être for growth until there is a much deeper (qualitative) change in millions of more (quantitative) people.

Much more of humankind has to become “people-oriented” or “other-oriented” rather than “self-oriented”. People have to adhere to the very first commandment: to love the Lord their God with all their hearts, minds, and souls, and then their neighbors as themselves. We have had this message on the planet for centuries now, written in the Old Testament as well in other religions’ sacred texts. 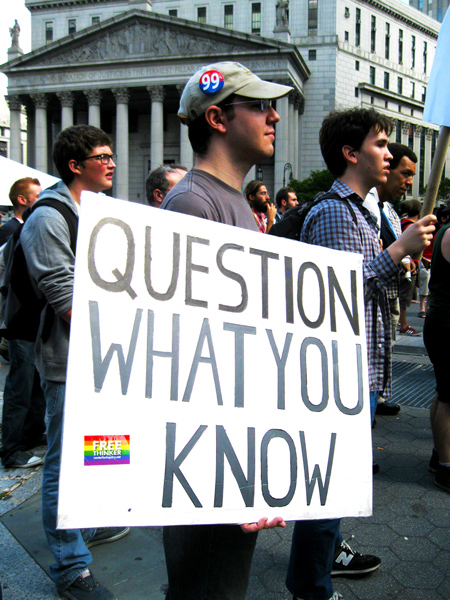 Originally the concept in the first commandment—of loving the Creator God first, which results in gained self-respect that then leads to loving others—was taught on this planet 500,000 years ago during the administration of the Planetary Prince, Caligastia. After 300,000 years even the Planetary Prince fell to greed and pride as well as millions of other personalities.[ii] Now it is 200,000 years later, and “conscious capitalism” still has not yet happened to the degree needed for societal transformation, and, sadly, does not seem to be looming on the horizon in the near future. Capitalism, as practiced worldwide, is still dominantly exploitative of people and their cultures and lands.

Jesus himself, the Creator Son of this local universe of Nebadon, came and taught higher principles concerning spirituality and finances, among other high principles of moral decision-making in all walks of life. He was crucified by the rich and corporate structures, the 1% of his time.[iii] Now it is two thousand years later, and although we have millions of so-called “God-fearing people,” great atrocities—even in the twentieth and twenty-first centuries—have occurred and continue to occur, with no significant abatement in sight.

Recall that in the twentieth century an estimated 70 million died in the two major World Wars, including the ethnic extermination of approximately 6 million Jews.[iv] The Rwandan genocide of 1994, in which close to 1 million Tutsi and Hutu supporters were slaughtered, is but one horrific example of acts of violence directed at thousands (even tens of and hundreds of thousands) of people in many countries in “modern civilization”.

According to Matthew White’s online Atlas of the Twentieth Century, no race, religion, or ideology has been more brutal than another. Rich countries and poor countries, industrial and agrarian, big and small; Christians, Muslims, Buddhists and Atheists; left, right and middle political leanings, monarchies, dictatorships, and democracies have all been the slaughterers and the slaughterees.[v]

While we may move forward on the twenty-first century’s timeline, it appears we have not progressed enough in our humanitarianism towards one another to make significant shifts towards a more sustainable and moral planetary culture. Conflicts, abuses, and atrocities continue in places like Darfur, Guantánamo, Iraq, Pakistan, Syria, Mali, Miramar, Afghanistan, and so on.

The questions to ask are: Can human beings become more spiritual? If so, what will it take for true spirituality to become embedded in the hearts and minds of the mass consciousness? I believe many prophets of old predicted a time of tribulation to turn the hearts of selfish humanity toward God and, therefore, toward humanity. 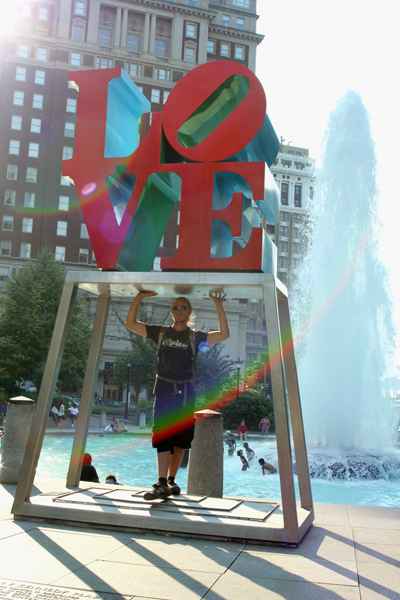 With our literature and other outreach programs, we in Divine Administration (The University of Ascension Science & The Physics of Rebellion) have tried our best to encourage a change of heart in many with whom we have come in contact. In our three decades of existence, we only have approximately 85 adults from several countires committed to manifesting most of the principles (that Patricia Aburdene foresaw happening) in a culture that we are creating on our EcoVillage campus at Avalon Gardens. We in Divine Administration have reached out to tens of thousands, but the seeds of our message falls on the shallow soil of materialism that does not nurture the level of spiritual growth needed for a transformation into a planetary culture of compassion and cooperation. Most human beings do not want to be directed by God or godly leadership.

Ms. Aburdene points out that the smaller corporations and businesses that have followed leaders of some ethics and morality have prospered, sometimes 100%. But this is a very small percentage compared to the businesses and corporations that exist on this planet—let’s say maybe 10 in 100 million. I do not think the world will change in the present mode of this kind of time table.

Some Key Concepts Of The Future

A future cooperative society would reflect the following higher concepts and principles according to the Continuing Fifth Epochal Revelation, much of which is found in The Cosmic Family volumes: 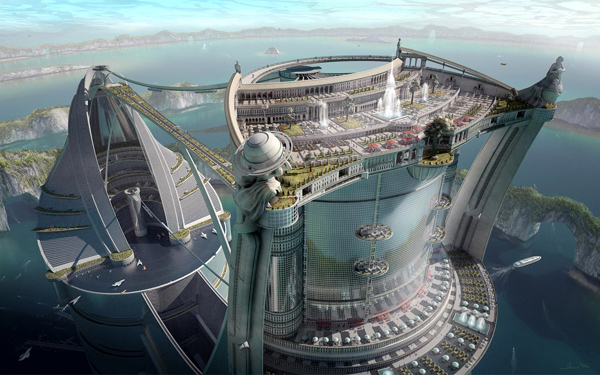 None of these modalities can actually take place unless a quantum leap of consciousness occurs on a mass planetary level. At this point, because of the present continued turmoil on our planet, it is unlikely that this quantum leap will occur without one of three divine interventions occurring:

In all 3 of these divine interventions, a planetary Divine Administration will be set up consisting of already-trained spiritual elders of the present Divine Administration and incorporating the human spiritual leaders of all religions with the highest of virtues and humility, who will then be trained in the concepts of the Fifth Epochal Revelation (The URANTIA Book) and Continuing Fifth Epochal Revelation (The Cosmic Family volumes).

Councils within the future government of our planet in the first stage of light and life according to epochal revelation (The URANTIA Book and The Cosmic Family volumes):

This planet does have a destiny to achieve the advanced, cosmically-aligned stages of light and life. The URANTIA Book tells us that, “Unaided social evolution can hardly achieve such happy results on a spiritually isolated sphere. Religious revelation is essential to the realization of brotherhood on Urantia.”[vi] That revelation is here today. Wise and effective leaders, by submitting to the leadings and counsel of those spearheading Divine Administration, will incorporate that revelation into all facets of a future civilization—the destiny of this planet.

Individual planetary citizens who are truly desirous of participating in creating a higher reality will recognize and assist those tasked with leading the way. Does everyone hear their calling? Is everyone ready to heed the call?

NOTE: This is an updated and expanded version of an article published in the Alternative Voice issue with the theme Spiritual Leadership in a Future Cooperative Civilization

[iii] The fourth part of The URANTIA Book presents the life and teachings of Jesus.

He is the co-founder of Global Community Communications Alliance, a multifaceted global change nonprofit, comprised of approximately 120 change agents from five continents. Van / Gabriel of Urantia / TaliasVan also co-founded The University of Ascension Science & The Physics of Rebellion located on the campus of Avalon Organic Gardens and EcoVillage.

Van / Gabriel of Urantia's musical name is "TaliasVan"; learn more about his musical career at CosmoPop.org or click here to follow him on Spotify.