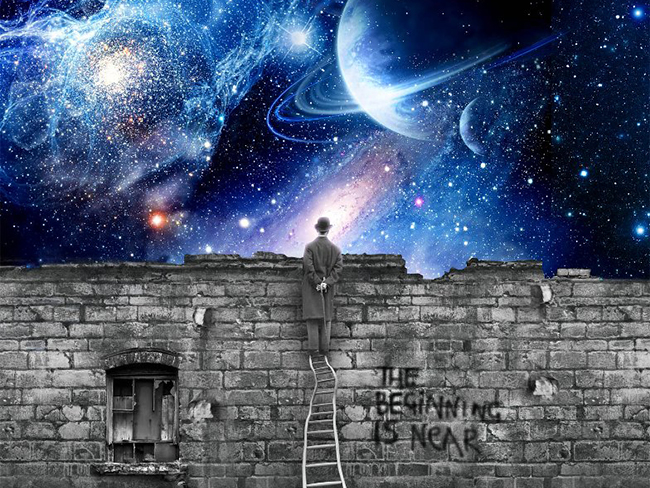 On a recent afternoon, in my travels to the small city nearby to do errands for several friends in my community, it was “one of those days.” The grocery store was implementing a new computer system and the checkout person confessed she was completely overwhelmed. The bank teller’s hands were tied when I drove through at 5:02 and—even though we could converse through the heavy glass—she couldn’t help me make a simple deposit; it was just against the rules to do any transactions after 5:00. The pharmacist made a valiant effort to straighten out the mess surrounding my friend’s prescription, which had been ordered by his doctor but denied by the insurance company on a technicality.

It is a mess, and it’s getting worse. It happens every day to each of us. I am just one—but multiply me by seven billion—and you’ll see, as the pharmacist described it, the glitch in the matrix.

The simple snafus that we all experience daily are just the out-workings of a bigger and more pervasive problem—the unraveling of the fabric that holds us together as a society. They are but tiny threads that have popped out. They disrupt the pattern and mar the surface, roughen what should be smooth. But look behind and see that the weave is flawed. Broaden your perspective to see that the fabric itself is falling apart—and not just at the seams. Here, there, and everywhere attempts are made to tie it up—to repair a weak link with a quick fix, to embroider over an ugly spot, to patch and stitch and mend.

We haven’t much choice about this circumstantial reality—it is what it is. What we can choose is how we respond to the insanity. It is tempting to rage against it—to rant and rave and say you’re mad as hell and you’re not gonna take it any more! But then what? You’ve wasted a good deal of energy and nothing much has changed—except perhaps your blood pressure. More often than not the anger unleashed is against fellow humans who are doing the best they can to survive the madness of the cogs in the machine. The person in customer service on the other end of the line—and likely on the other side of the planet—deserves our sympathetic friendship, not our indignation, righteous or otherwise. Better to attack the giant itself, were it not so unsatisfying to flail upon a nameless institution or a faceless corporation. There’s a little David in each of us, wanting to topple Goliath wherever we find him. In movies we cheer for the little guy who somehow manages to overcome the odds and put the big guy in his place. But it’s harder to find those stories in real life any more. The enormity of the enemy is inescapable. It seems as if there’s not much to cheer about.

So do we acquiesce? With little more than a whimper, do we roll over and resign ourselves to hopelessness? Give up? Or worse, do we turn a blind eye and passively accept the status quo, indifferent to the suffering around us? If—everywhere you look you see the world collapsing—isn’t it easier not to look?

It has happened before. Archeologists and anthropologists can trace the rise and fall, the increase and decline of dozens of civilizations on Urantia (Earth). Like all of life, history is cyclical. A destructive pattern can be seen and, underneath it all, the deepest flaw is greed. When enough is never enough, and the quest for more is the driving force, collapse is inevitable. Life cannot sustain itself on unlimited growth. There is a natural ebb and flow, a give and take. If it’s all take, something’s got to give. Whether Egyptian or Roman, Minoan, Mayan, or Mesopotamian, no one thought it could happen to them. And yet it did. This time around, though, we’re taking it all down with us. The complexities of our connections extend planet-wide. We interact globally, and the line between “us” and “them” has the potential to fade. But sadly, the resources we have exhausted are those of the entire earth. When we collapse, as we must, it will be earth-shattering.

We knew it was going to happen again. From time immemorial we’ve had prophets among us. They admonished us to watch for signs in the skies. They cautioned us about false leaders. They warned us away from rebellion. Just listen to these words from II Timothy 3:1-4 (in the New Testament of the Bible): This know also, that in the last days perilous times shall come. For men shall be lovers of their own selves, covetous, boasters, proud, blasphemers, disobedient to parents, unthankful, unholy, without natural affection, truce-breakers, false accusers, incontinent, fierce, despisers of those that are good, traitors, heady, lovers of pleasure more than lovers of God. Doesn’t that sound exactly like this day and age?

Those signs in the skies have more than a few things to say—first, we are not alone, and we’re not as big as we think we are. The same technology that allows us to see across the globe as easily as across the street is expanding our definition of neighborhood too. Knowing our place in the universe seems to change every day as even our top scientists continue to be surprised. The Chandra X-ray Observatory spotted a distant galaxy 5.7 billion light-years away. The Voyager I and 2 unmanned space missions are in interstellar space, gathering information. NASA’s Interstellar Boundary Explorer is currently mapping the boundary our solar system and interactions between our sun system and interstellar space. The retired Kepler Space Observatory—in its 9½ years’ search of the Milky Way Galaxy (with billions of stars) for Earth-like planets orbiting other Sun-like stars—discovered 2,662 planets, which possibly includes some planets similar to ours. Almost daily something new is discovered about our universe, things never observed before by us humans on Earth.

Sometimes it feels like information overload, and it’s coming way too fast. It’s not so hard to imagine other worlds; the tricky part is how to relate those worlds to our personal experience and to incorporate them into our value systems and beliefs. In order to know who you are, it helps to know where you are, in relationship to others and to the whole. Like an Etch-a-Sketch picture that is constantly changing, we have to hold on for dear life. 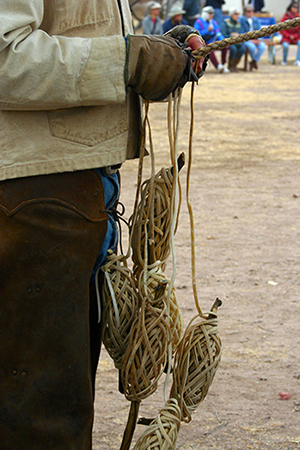 It’s not just our place in the universe that’s up for grabs—our place in society is tenuous too. Much of life is lived anonymously, and we are not held accountable for being who we say we are. The social network allows us to lie indiscriminately until in the end we believe it ourselves and live the lie outright. At a time when more is known about the facts of our existence than ever thought possible—when we are photographed on every corner and our words recorded for eternity in cyberspace—less and less is known about our real authentic selves. Because they are not shared, they are lost. Or we forget entirely who we are. Alzheimer’s is epidemic; half of our population over the age 85 has completely lost its memory. New life-taking viruses threaten our older citizens, 60 and over. These are our elders. They are meant to hold the warp and woof of our culture, but they don’t remember how or they die before able to share their wisdom. They cannot lead us if they have forgotten the way or are no longer with us. No one can lead unless they know the way and are healthy.

Perhaps the unraveling is most apparent in our leaders—or lack thereof. Look in any sector of society and you’ll find evidence of things falling apart. In government the false leaders compromise to get elected, and to remain in office they stay subservient to the oligarchs (the 1%). In industry it is greed that has wormed its way to the core and into the hearts of the leaders. The military serves to protect corporate interests world-wide. The church harbors pedophiles and hypocrites. Academia speaks just to hear itself talk, and the media turns the camera on itself, in worship of celebrity and fame.

Saddest of all is a family that has lost its way. Without godly parents at the head, the children are in charge. A family, like every social unit, needs a leader. It requires an equal balance of strong fatherly authority and gentle motherly nurture—which is not to say that males and females can’t exhibit each. It is “both and” not “either or.” We’ve raised two generations now that have experienced divorce as the norm. Enslaved to consumerism, men and women buy the lie that they need two incomes to survive, and the children suffer from neglect, gorging on the temporal and starving for what’s real.

I find it so irksome when someone says “it’s all good. . .” because, of course, it’s not. But the good is all God. Whatever is not good is a direct result of rebellion and other Urantia (earthly) follies. I am convinced that there is a divine plan and that I have a part to play in it, that there is a new pattern emerging in the social fabric, and if I can submit to the Weaver, my place will be clear. So I’ve found another way to respond to the inevitable unraveling—embrace it and rejoice. I recommend a wholehearted and enthusiastic yippee. The beginning is near.

"Individuals are very temporary as planetary factors—only families are continuing agencies in social evolution. The family is the channel through which the river of culture and knowledge flows from one generation to another."

When we come up against the snags, and it seems the world is tied in knots, I say—give it a good yank. What will fall away is what we do not need, so kiss it goodbye and move on. Afraid of the corporations’ (Monsanto/Bayer for instance) monopoly on food and life itself—grow your own. Alarmed that public schools are turning out consumption-driven robots—homeschool your kids instead. Incensed that the media spins lies and deception—unplug it. Whenever possible, walk away. Walk away from your job and let God put you on salary. You will be fully employed, and your needs will met—and even surpassed.

We have the opportunity to begin something new, to weave a different fabric. When all else falls away, what will remain is a little patch of perfection. It will take celestial help and a cosmic perspective, but the signs in the skies point to fulfillment of that promise. It will take true leadership and a willingness to know your place—in the universe, in society, and in relationship to God and other humans. It will reflect divine pattern. It will come about because we love God more than we love ourselves, and we love each other as God loves us. It will happen when we reject competition in favor of cooperation, when we value the good of the whole, when we hold all things in common. We need to start today because tomorrow is too late. There is a new world coming and it’s almost here.