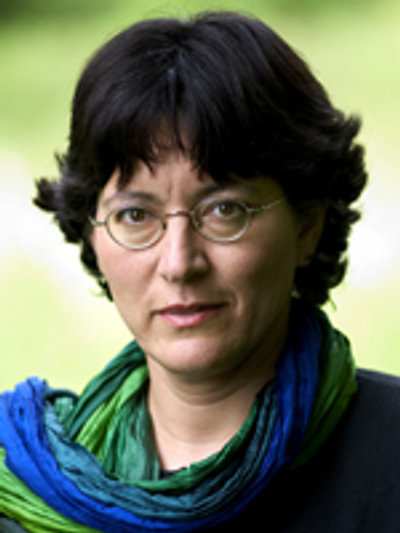 The Israeli-Palestinian conflict as depicted by the media has left an image of reality that is far from the truth. Determined to discover for herself and by firsthand experience what really was going on at the West Bank in Gaza, Amira Hass decided to live among the so-called Palestinian rebels/terrorists. Working for a liberal, free-thinking newspaper, the Ha’Aretz, Amira did something no Israeli Journalist has ever done—she lived in Gaza for the four years she reported on it. Hass did not go to Gaza with the intention on staying, but in going there to cover a story she realized she could not leave. What compelled her to remain was not only the continued injustice and severity of the Israeli occupier but also the dignity and resilience of the Palestinian occupied.

Living in Yasser Arafat’s tiny, garbage-strewn statelet, Hass has given and continues to give voice to the Palestinian people who speak eloquently and nobly about so many aspects of their lives. She writes about the importance of their families, the emotional and tenacious ties to homes they long ago lost, the spiritual impact of displacement, the degrading descent into poverty, the daily humiliation of self that results from such inhumaneness, and the corruption of the Israeli policy of "closure" besieging Palestinian towns and throttling their economy and the people. Amira found herself fascinated with the difference between Palestinian image and reality. Their towns were being portrayed in the israeli press as a nest of hornets. She wanted to taste what it meant to live under occupation, under a curfew, and to live in fear of a soldier. She states, "I wanted to know what it was like to be an Israeli under Israeli occupation." Hass has become an expert in Israeli occupation. Israeli reaction, she says, is very violent towards her. Aside from the death threats, she gets e-mail messages stating that she must have been a Kapo (a Jewish camp overseer for the Nazis) in her first incarnation. Someone told her they hoped she would get breast cancer and die. The voice and attitude of the Israeli people remains—until we expel all the Palestinians there will be no peace. Receiving thousands of distasteful e-mail messages, she does not reply to such ignorance because she knows there are thousands of misinformed Israelis who write such foolishness. This is why she remains in Gaza to tell it as it is with the hope of bringing the light of truth to a darkened sector in the world. "The problem with the Israelis is they do not go to the occupied territories. They do not see with their own eyes. They don’t see a Palestinian village with a settler on its land and a village that has no water and needs government permission to plant a tree, let alone build a new school." She writes that people don’t understand how the dispersal of Jewish settlements dictates control over Palestinian territory. For Hass, Gaza embodies the entire saga of the Israeli-Palestinian conflict.

Writing her daily column with indignation at the way her own country (Israel) is mistreating and killing the Palestinians, Hass firmly believes that change can come only through social movements and their interaction with the press. Born of survivors from the Nazi holocaust, her parents refused a house in Jerusalem that was taken away from a Palestinian family who had lived for generations on that land. Hass’ attitude to Israel is how not to be a Zionist. Dropping out of the Hebrew University when the first intifada broke out, she did not want to sit in academia while all this was happening. She got a copy-editing job on the Ha’Aretz news desk in 1989, and when the Romanian revolution broke out, Hass pleaded to be sent to cover the story. This was her first experience to live under occupied control which prepared her to become what she is daily experiencing and writing about in Gaza.

Not only does Amira write daily in her column, she has also written a book entitled, Drinking the Sea at Gaza: Days and Nights in a Land Under Siege. The book truthfully depicts the emotional, psychological, and spiritual essence of the Palestinian people of Gaza and the daily life of the extreme hardships the Palestine people of Gaza are faced with. The book reveals the undying spirit of the Palestinians, their hope, resolve, and even optimism. Because of her tremendous demonstration of courage, Highlight Films decided to do a documentary entitled Between the Lines of Amira Hass. The film won first prize in the Jerusalem Film Festival. The documentary covers the life and work of Amira before and during the Palestinian uprising. Amira continues to write the stories of repeated Israeli citizens, police and soldier harassment against the Palestine people. She covers incidents that continue to take place throughout the west bank which are not being documented because such injustices are protected by what she calls "the system." Daily barrages of harassment, threats, and malicious intentions directed toward the Palestinians by Israeli citizens take place without any connection to the murder of Jews or to shots being fired at them. The Israeli citizens are protected by the authorities who attack Palestinians and then such incidents are never reported and hid from the Israeli system. It was the same system Amira reports on that more than three decades ago, relying on Israel’s military force, sent the Jewish citizens of this state to become settlers beyond Israel’s recognized borders (settlers who thought they were fulfilling a divine promise) to live on the cultivated and uncultivated lands of the local Palestinian populace and to use that populace’s springs and wells.

As long as Amira’s heart keeps beating and the newspaper she works for will keep publishing her firsthand reports at the Gaza strip, the Palestinian people have a voice that hopefully will be heard. We the members of Global Community Communications Alliance honor Amira Hass for her courage to write what she witnessed and continues to witness not for the sake of the headline but to bring about lasting change between two races of people who have been fighting against each other for a long, long time.