Seeking Justice for the People 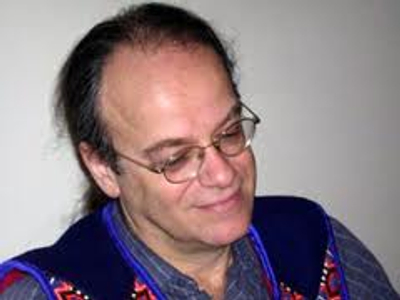 Kevin Annett, an advocate for Canadian indigenous people, has worked tirelessly for two decades to expose brutal injustices in the treatment of Canada’s native people. In so doing, he has fallen into a rabbit hole of unimaginable suffering that is protected by a rabid beast that will attack anyone who threatens to expose 70 years of exploitation of indigenous people, deliberate genocide of Native children, and theft of Native lands by multi-national corporations.
Kevin Annett is a truly courageous and devoted man of God, who has been vilified by most media sources and de-frocked as a pastor in the United Church of Canada (the Church). He lost his wife and custody of two children after the Church convinced his wife that he was insane, even paying for the divorce. In his native home of Western Canada, he is treated like a banned person in the apartheid era of South African history. He can’t work because the Church and State officials undermine every job interview. And he is under constant surveillance.
But Kevin Annett is a man of faith who has been unable to turn his back on the Church’s past and present injustices to his fellow man. He states, in the documentary that tells his remarkable story titled “Unrepentant” that: “When you align with those who have lost all, and you lose all, you gain everything.”

In the early 1990s, when Kevin Annett was given a parish in the Alberni Valley of Alberta, Canada, he believed that the United Church of Canada followed its own doctrine to “walk humbly and seek justice.” Even so, he was not entirely blind to the hypocrisy in the Church, as he states in the documentary:

Jesus was not just a nice hippy. He was a revolutionary who was murdered for speaking up for the outcast and downtrodden. He was their champion, who said that God is also their champion. I knew since a kid that the Church did not always walk its talk. The churches have crucified the true representatives of Christ over and over again.

The Romans saw that they could not destroy the early Christian movement. No matter how many Christians they threw to the lions, hundreds more sprang up in their place. So they co-opted and converted the Christian movement to suit their purposes. They said “we’ll give you power, stop persecuting you, and help you convert people into this great movement.” The Church sold out then, but Christ is still knocking at every heart’s door.

At that time, Kevin had no idea of the depths of hypocrisy in the very institutions he served—the Church and the Canadian government. As he began to welcome all his new neighbors into his congregation, he made special overtures to the Native people in the region. Kevin began to hear personal, first-hand stories from people who were survivors of the Residential Schools that had been operated by churches all over Canada in earlier decades. He heard even more ominous stories about their siblings and friends who had not survived the schools.
Native people who choose to step out into the open to talk about their experiences in Canada’s Residential Schools in the 1930s, ‘40s and ‘50s and the continuing legacy of this abuse are often harassed by the RCMP, lose their jobs, are thrown off the Reserve, discover their automobiles have been tampered with to cause an accident, are under surveillance, and are also at risk of being attacked.
From the open pulpit of Kevin’s church, and with his full encouragement, members of his congregation began to reveal a picture of deliberate genocide towards the Native people of Canada that included clergy literally murdering children, torture with electric shock and snakes, whipping, beating, and pedophile rings. Also reported was systematic and deliberate exposure of healthy children to children with TB, and none of the children with TB received treatment. The death rate for children at the Residential Schools was 50% during many years of their operation.
Kevin discovered that parents had been threatened with imprisonment if they did not sign over legal guardianship of their children to the principal of the local Residential School. Women who did not attend church were forcibly brought to a doctor where they were operated on without consent. Afterwards, all their gold fillings were gone from their teeth, and many found out later that they had been sterilized.
When Kevin Annett brought these stories to his colleagues in the United Church of Canada (which had operated the Residential Schools in the Alberni Valley), he expected them to join him in seeking justice for the wrongs that had been done by their church in the past. But instead, he was advised to keep his mouth shut. When he persisted in exposing the truth, the Church slapped his hand by taking away his parish and sending him to Vancouver to pursue a Ph.D. and be “re-trained”.
During that time, Kevin upstepped his efforts to reveal the truth, uncovering mountains of evidence proving that those who ran the Residential Schools knew exactly what they were doing. An ugly picture began to emerge, one of White Canadians (in both the churches and the government) along with certain Native politicians undertaking a conscious and deliberate policy of genocide in order to seize Indian lands.
The term “genocide” was coined by a man named Rafael Lemkin, of the United Nations. Mr. Lemkin described the beginning methods of genocide as follows:

This, and much worse, was undertaken and accomplished in the Residential Schools of Canada, which were run by many denominations of churches, all prosecuting the mandate that called for the deliberate and systematic eradication on those Indian populations that would not leave their lands and resources. By trying to abolish their languages and cultures and force them to become Christians, the plan was to break the Native peoples’ spirit and eventually wipe out the strength of an entire race.
So, the United Church of Canada had slapped Kevin Annett’s hand, but he was not playing ball, and 1,400 lawsuits from Native people who had suffered in the Residential Schools were being entered into the courts. The Church did not want someone “from the pulpit” undermining its position, so it started playing hardball with Kevin Annett. His wife was told that her husband was insane. She was coerced into divorcing him, with the Church paying for everything, and she was awarded full custody of their two young children.
Kevin’s work to expose the whole ugly mess escalated, and in 1997 he was “de-listed” by the Church in a show trial that Amnesty International has declared a total farce. None of the tenets of natural justice were followed in Kevin Annett’s de-listing trial. He was never even formally charged, and the very people who had been attacking him for years were his judges.
At this point in the story, Kevin became much closer to the Native people in his region. They began to really trust him because the Church had kicked him out, and they could see he was willing to put his butt on the line for the truth and in the pursuit of justice. Kevin was invited to healing circles, where deeper layers of the iniquity of the crimes were revealed. Kevin was documenting these horrors, which included Nazi’s doing gruesome experiments on Native children in the Residential Schools.
He began to realize that suing the Church and talking endlessly about their pain was not really healing the victims. A lot of money was being spent on lawyers so that judges could rule on the behalf of the Church. At the healing circles, people would share their stories without gaining any resolution. Kevin realized that justice has to come from a deeper revelation of what happened, why it happened, and who did it.
Kevin and his friends organized an inquiry called “The Residential School Tribunal” (Tribunal) in 1998. At the Tribunal, justice was sought through full disclosure of the facts. A transcript of the inquiry was sent to the United Nations, but no reply given. Kevin later found out that the Canadian government pressured the United Nations to ignore the Tribunal transcripts.
Kevin Annett has faced pure evil and wrestled with issues of truth and justice while struggling to survive himself, and he has sacrificed the privileges of his own racial legacy in order to work for years without recognition and under constant personal attack. But there has been some success in the struggle. In 1998, in spite of the United Nations ignoring his plea for justice, the Supreme Court in British Columbia ruled that the United Church of Canada and the Canadian government were equally liable for what occurred in the Residential Schools.
In 2001, Kevin published his book, Hidden From History; the Canadian Holocaust, which was self-published because no publisher would touch it. But 1,000 copies were sent to key individuals. In 2005 an expanded version of the book was released.
Amnesty International says that the tide is slowly turning on the denial of what occurred in the Canadian Residential Schools. As for justice, Kevin Annett has this to say:

I am part of the culture that did it, so I am complicit. I was oblivious to it and now I am aware. With a crime this huge, there is no way to heal. But these crimes blow back on the perpetrators. We destroyed a people who were living in harmony with the land; now we are destroying the very land that was stolen from them. Apologies and money won’t help someone who has been sterilized and watched their siblings and their friends murdered as children. Justice becomes possible when the perpetrators admit that yes, we did this. The victims do not want money. They want the perpetrators to admit to the world what they did while looking those who suffered in the eye. Admit it was genocide. Then those who suffered are in a position to forgive and healing can happen.

We of Global Community Communications Alliance recognize Kevin Annett as a change agent and an essential member of the global family taking positive action in the face of such dire circumstances, working towards tearing down and moving beyond the fallen system.
Global Community Communications Alliance encourages everyone world-wide to cease being complicit members of a fallen system and join the SPIRITUALUTION™—Justice to the People.