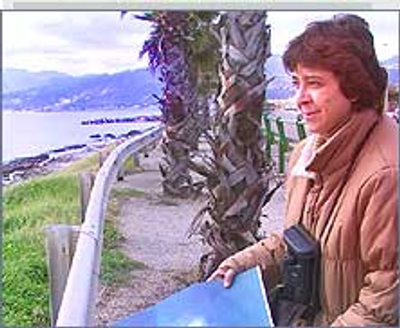 Making a difference in the life of a honey buzzard, falcon, stork, or oriole may not mean much to some people unless your name is Anna Giordano. Anna Giordano cannot remember a time when she was not fascinated by birds. At six years old, she joined the Italian League for the Protection of Birds and would go to the marketplace to buy owls, finches and falcons only to release them from their cages. It was at age fifteen that Anna found her true calling. She watched helplessly as poachers opened up fire on hundreds of honey buzzards, hawks and other birds that were migrating over the narrow straits separating Sicily from the Italian mainland. After seeing seventeen birds shot out of the sky, she vowed that this was the beginning of the end for poachers.

In the macho culture of Sicily and Calabria, just across the straits, there was a long tradition of hunting migrating raptors. Local superstition held that any man who did not kill at least one honey buzzard each year would be cuckolded. Anna was not taken too seriously after badgering the police, forest rangers and the local authorities about putting an end to poaching. She persisted by organizing camps of young people who would gather each spring to observe the migrations and inform police when they saw poachers at work. The hunters retaliated with threats and intimidation. They firebombed Giordano’s car, broke into her house, and mailed her a dead falcon with a note that said, "Your courage will cost you dearly." With continual harassment and threats from the poachers, the police finally took action to track down and apprehend them. Anna’s efforts paid off dramatically. Before she began monitoring the poachers, more than five thousand protected birds—mostly honey buzzards, falcons, orioles, kestrels, and storks were slaughtered each year. Today the count averages two hundred. On a recent tour of salt water lakes on the outskirts of Messina, Giordano proudly pointed to the dozens of cormorants perched on wooden posts in the shallow water. Twenty years ago she says you would not have seen even one cormorant here. "People used to shoot at them from the street," she says.

Currently with a degree in ornithology and natural sciences, her anti-poaching crusade earned her the prestigious Goldman Prize for environmental activism. Far from considering herself a hero, she claims she just did what came naturally. She states: "If you witness something that is wrong, you can’t close your eyes and turn your head. Your energy comes from the conviction that life is a treasure nobody should destroy. Your will becomes the only thing that can turn that hope into reality."

We the members of Global Community Communications Alliance take this time to honor Anna Giordano for her love and respect for God’s creations who grace the heavenly skies and for her courage to stand up fearlessly for what she believes in.