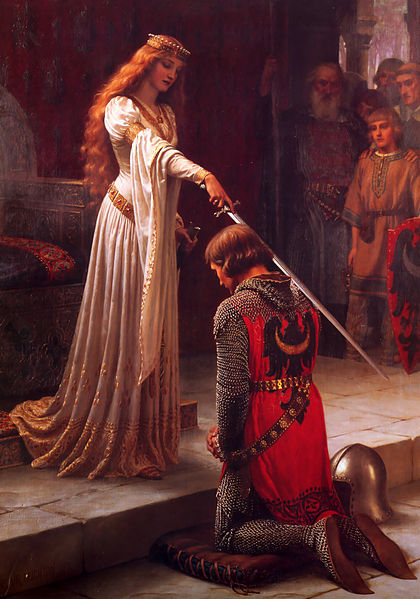 When we think of any of the Founding Fathers, we think of them as men of honor, which is the quality that seems to be lost in the manhood of American men today. Merriam-Webster’s Dictionary defines honor as: “good name or public esteem : reputation; a showing of usually merited respect : recognition.” I would like to add that honor also is: the quality of being trusted and being loyal to a worthy cause. Honor and loyalty go hand in hand.

Free will as a spiritual concept is not taught in grade school, or high school, or college and should be. God created all sentient creatures with free will, and for humans it is evolving into making honorable choices, which is doing the right thing because it’s just the right thing to do, not because we have to do it.

In the true kingdom of God, we are not forced to do anything. Mortals of honor on all worlds in time and space choose to obey God’s commandments, the divine code of conduct, which keep us on the path of rightness. We understand that if we don’t follow those universal laws and make right choices, negative things will happen. We understand that having a healthy respect for and fear of the Creator is in relation to realizing the cause-and-effect law of wrong choices.

Each of us human beings have within us the potential of becoming honorable and making right choices. We also have the ability to choose to be dishonorable, not making right choices. The military has honorable and dishonorable discharges. There are those soldiers who have done something so wrong that they are dishonorably discharged from service. Service to what? Service to the military, which is supposed to be the protecting arm or branch of the government for its citizens.

We certainly don’t want to be dishonorably discharged from the kingdom of God, do we? But many of us will be, because we continue to make wrong choices that hurt somebody else. God wants us to enter eternity by freewill choice. And heaven would not be heaven if we lived with people who made wrong choices. That would be called Earth or a fallen world.

In sports, there have to be referees, because it seems the nature of humanity is to want to cheat to win. In football we see this all the time, where there have to be referees and penalties for missing the rules. For example, sometimes someone is tackled by a faceguard, or a football is caught low that hits the ground, covering up that hit on the ground by the body. There is always the stepping over the line, tackling someone by the shirt, and then the horrible helmet-to-helmet hit. There are many more, and if the guilty players are not caught by the referee, they get away with it. It seems that the game is more about trying to get away with what you can to win, rather than not doing those wrong things in the first place.

To be honorable requires a sense of consciousness and accountability before God. Unfortunately, too many people turn off the switch that connects to God and don’t want to turn that switch on when they choose to do the wrong things in their own life. This of course is dishonorable, but they don’t see it that way in a society where “anything goes” and “do your own thing.” Rather than considering themselves dishonorable, they are “hip,” or “rad,” or “trace,” or “cool.”

The problem is, what’s cool to the in-crowd is not cool to the Creator who made you. And we human beings have to be honorable enough to follow His laws. It’s written in scripture: “What good is it if a man gain the whole world but lose his soul? (The URANTIA Book, 140:8.17 and The Bible, Matthew 16:26)

When Floyd Mayweather sucker-punched Miguel Cotto and won the boxing match, it was considered legal because of the way he did it—pretending to shake Cotto’s hand and sucker-punched him instead—but it definitely wasn’t honorable. One wonders why Mayweather would do such a thing to win a boxing match. There may have been a few goings back-and-forth between the two boxers where Cotto did things he shouldn’t have done, but during the match Cotto made amends for himself. However, Mayweather went ahead and pulled the biggest irresponsible act, which won the match for him.

In life, things that are legal are not necessarily right before God or ethically right and certainly not morally right. And men and women of honor would not do such things. However, we do live in a society of win the game, no matter what we have to do to win it. Cheating is common in the workplace and between corporations.

But God did not make His grand universe a universe where anything goes. There are concepts called absolutes. And if these universal absolutes are broken, even planets collide. The laws of order keep all planets orbiting around their suns at a certain speed and revolutions, which bring up the sun in the morning and the moon at night. And if a tiny fraction of that is off, a planet can spin out of orbit, to the point of even the poles shifting.

On fallen worlds, where billions of people are thinking and behaving in error, sin, and iniquity, the elements are disruptive, because every particle has its unique and individual destiny. And if humanity (being the highest form of physical life on a planet) disobeys the laws of God, then all elements will be thrown off, and tribulation will occur in both the environment and in the mental state of humankind.

Honor is not a command by God. It is a freewill choice that is wise to make. But humanity knows little about wisdom. We know about intellect. We know about getting an education and going to the best universities. But we don’t equate honor with wisdom. And in making right choices, we are being more in the perfect will of God, and that is a part of wisdom.

Today in modern society, we want to get to the top fast. We want everything to happen fast. We want to get an eight-year education in half the time, resulting in students with doctorates who actually don’t know what they’re doing in their field, but have the degree that says they do. It’s better for the company to hire someone with no degree who knows how to do the job, than someone with a Ph.D. who can’t really do the job.

I once knew a man who applied for a job in aerospace, for which he was unqualified, but he knew how to cheat, and he got hired for the job. How would you like to get on a rocket ship that he helped design or an airplane, like the Boeing 737s, where several went down in the oceans and hundreds of people were killed? The designers and executives who let them fly, even though they knew the planes weren’t up to standard, had no honor.

We hear the term “law and order,” but law and order cannot happen unless individuals have honor. We saw what happened with thousands of Americans invading the Capitol building—killing, beating others, stealing—and all of them called that kind of behavior their right. I certainly wouldn’t want for any of them to be in my heaven.

If they had had a sense of honor that was truly divine, they would have tapped into the Divine Mind, which would have told them it is wrong to kill, or beat others up, or to steal, or to violate in any way the offices of others that are not theirs to violate.

Human beings have twisted the holy scriptures, in every religion, since time began. There is the truth, and there are the twisted lies of those dishonorable people who call their distortions truth. Lucifer himself twisted the true laws of God for a false manifesto.

We humans have to be very discerning of others’ words, and especially be aware of those with influence who disobey any of the laws in God. Men and women of God, who have honor, abide by the First Lawgiver, the Universal Father of all. And you will know who they are by the fruits that they produce—love, joy, patience, kindness, self-control, chastity, and selflessness. Against those things there is no law.