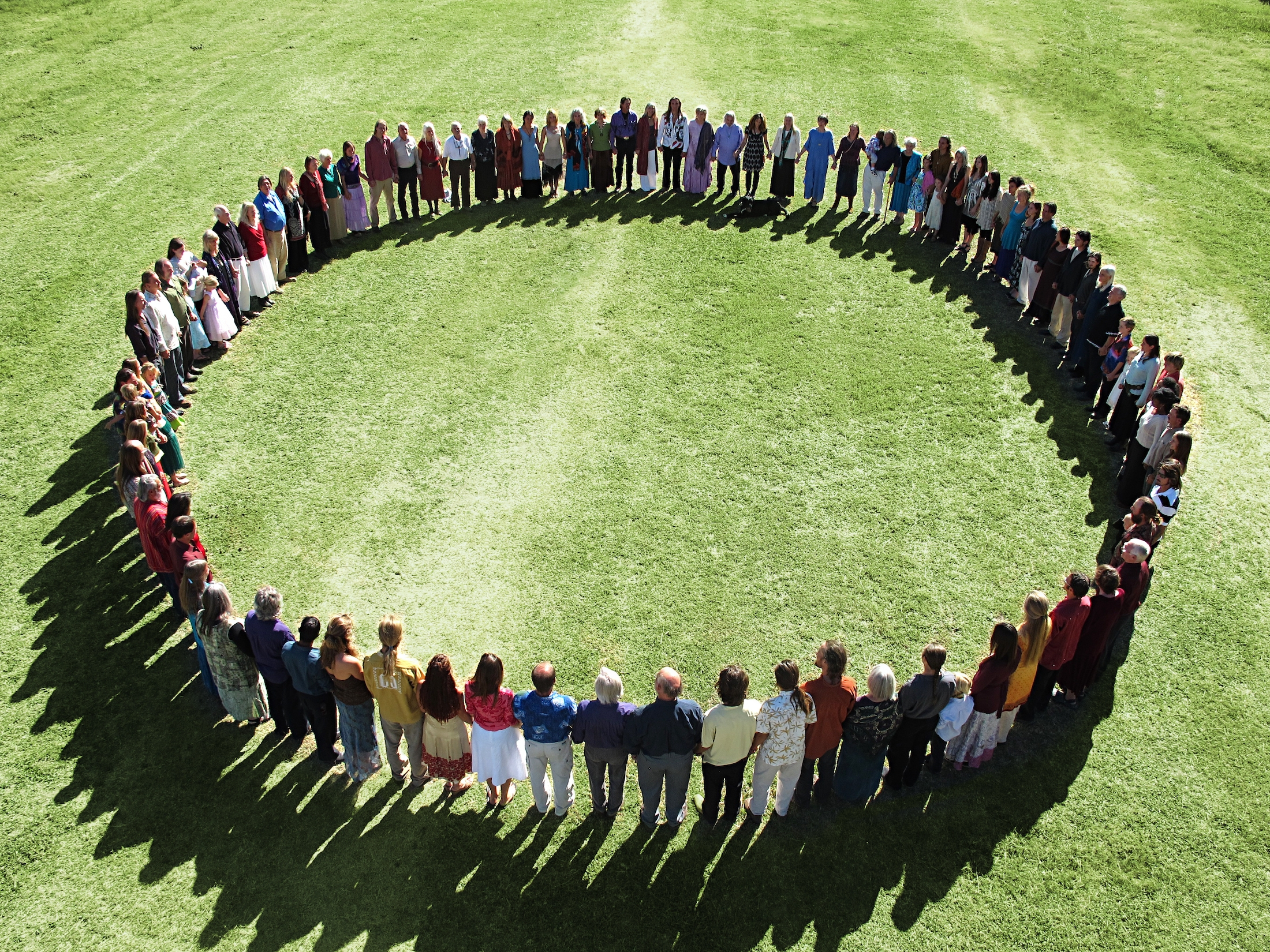 From A Cosmic Perspective

"The Master Universe is subdivided into various administrative sectors, with each sector having a celestial overseer and his staff. So in a cosmic sense, each unit of an administrative sector can be considered a temple - the smallest unit being a system, and the next being a constellation, then a local universe, then minor and major sectors, and then a superuniverse. In the local universe of Nebadon there is a physical location called 'The Sea of Glass' where millions gather for spiritual events from different planets."

Global Community Communications Alliance started in 1989 in Prescott, Arizona with 5 people and began with Gabriel of (then) Prescott bringing through, as an Audio Fusion Material Complement, new revelatory Aquarian concepts (which became our first name) of new thought theology.

Global Community Communications Alliance began having meetings and Sunday teachings, as well as other spiritual events in Prescott, and then in 1990 moved to Sedona, Arizona, where continued meetings, URANTIA Book classes, and other spiritual activities took place as well as a Sunday morning teaching, held at a rented real estate meeting room in uptown Sedona. Eventually another meeting place was acquired in uptown Sedona, which became Future Studios, and it had a capacity of more than 150 seats, where often Sunday teachings were full, with some guests and visitors from out of town and state. We began webcasting our Sunday teachings all around the world in July 2006.

These Continuing Fifth Epochal Revelation teachings complement many of the truths in all of the world religions, as well as bringing new and cosmic concepts of the cosmology of the Master Universe, along with other very important revelatory teachings such as: the Physics of Rebellion, Ascension Science, the soul's point of origin, repersonalization, and many other concepts all too numerous to mention in this brief history of Global Community Communications Alliance Church.

It is written that where two or three are gathered in the Creator's name there the Creator is amongst us. And where two or three are gathered on a consistent basis in the Creator's name it is indeed a temple, particularly when those who gather have the sole intent of hopefully drawing others together with them to worship God. That temple, where people are gathered to worship God, can be a Moslem mosque, a Christian church, or a Hindu mandir. The URANTIA Book temple community, as founded by Global Community Communications Alliance, is not a new religion; it is an organized gathering of people to worship the one God.

Global Community Communications Alliance has done this worshipful gathering since its inception in 1987, legally being incorporated in 1989, and continues now with 100+ members living in intentional community, and several hundred others within an immediate radius of five miles who come to our events, with thousands of others worldwide who are supporters and prayer partners as well as readers of the literature of the church.

Besides Sunday morning teachings, held every Sunday at 10:00 a.m., classes are held almost every night of the week for study of The URANTIA Book and The Cosmic Family volumes. Typical religious services—such as marriages, baptisms, and ordinations—are a major function of the temple. The temple is supported by a volunteer group of ordained, mandated human-rights ministers/religious workers, with head administrators Gabriel of Urantia and Niánn Emerson Chase, who share the Mandate of the Bright and Morning Star and are the original co-founders.

Global Community Communications Alliance also calls itself Divine Administration, because celestial contact is a major part of the reality of this temple. People who feel that they have a special calling from God and have something special to do for mankind are called Destiny Reservists and find themselves coming to join Global Community Communications Alliance from all over the world.