A message for our planet from Gabriel of Urantia who holds the Mandate of the Bright and Morning Star with Niánn Emerson Chase and is a leading authority on the spiritual reasons why both Nibiru/Planet 7X, which is known on higher worlds as The Adjudicator, and The New Jerusalem are coming toward us. 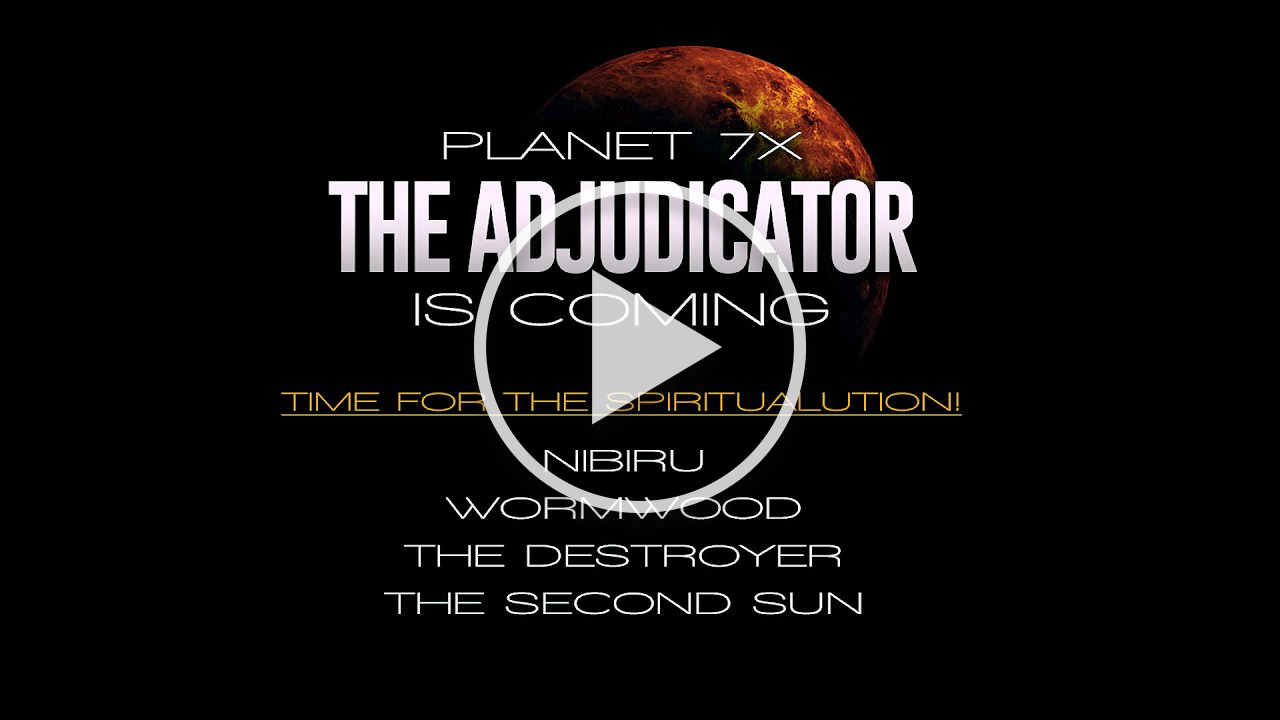 As it becomes increasingly clear that we are not living in normal times, spiritual seekers look to prophecy and revelation for answers and indications about what is unfolding on our troubled world.  It is obvious to many that we are living in an age foretold in various religions and cultures throughout history, and called by many names - the Time of the Purification, the Tribulation, the Correcting Time, the Quickening, the Turning Point, and so on.

The Fifth Epochal Revelation began to be given to our world by Celestial Overcontrol in the early 1900’s and was published in the form of The URANTIA Book in 1955.  The URANTIA Book gives the Ascension Science origins of our world (Urantia) as well as the spiritual history and a planetary rebellion from God which put Urantia (earth) into a spiritual quarantine approximately 200,000 years ago.  The URANTIA Book synthesizes and gives expanded understanding of the previous four epochal revelations and the various evolutionary religions which arose from them.  Continuing Fifth Epochal Revelation (The Cosmic Family volumes) is the continuation of the teachings of The URANTIA Book and began coming through the Mandate of the Bright and Morning Star held by Gabriel of Urantia and Niánn Emerson Chase in 1989 to bring further clarification and information about these times prophesied that we are now in, for which the higher terminology is the Adjudication of the Bright and Morning Star vs. Lucifer.  Thus “The Adjudicator” is the higher understanding and term for the celestial body known as Nibiru, Planet X, Planet 7X, Wormwood, The Destroyer, the Second Sun, etc.

In the New Testament, in the Book of Revelation it says, "The third angel blew his trumpet, and a great star fell from heaven, blazing like a torch, and it fell on a third of the rivers and on the springs of water. The name of the star is Wormwood. A third of the waters became wormwood, and many died from the water, because it was made bitter."

In the New Age there are all kinds of teachings and a lot of confusing information derived from Egyptian, Mayan, and other culture's prophecies about the “end times”.

The Hopi prophecy speaks of the “Time of the Purification” and the coming Fifth World which will be heralded by twin stars - the Blue Star Kachina heralding the Red Star Kachina or “Purifier”.

The Fifth Epochal Revelation is the “new language” of the Fifth World the Hopi speak of.  The Mandate of the Bright and Morning Star is regathering the Cosmic Family, the Destiny Reservists, the Change Agents, the 144,000 at the First Planetary Sacred Home on the campus of the University of Ascension Science and the Physics of Rebellion to be the heralders of the coming New Jerusalem, and teachers of this new language that will usher in the First Stage of Light and Life on our world.


Nibiru or Planet X or The Adjudicator (the CFER term) comes close to the earth around every 360 years approximately. Zecharia Sitchin made a mistake and added a zero to 360.


Father Kino saw the comet and wrote a book about it called Exposición Astronomica in 1680 approximately.


Sitchin also blew it in giving credit to the Anunnaki for the human race, in which he should have given the credit (of course) to the Creator Son, Christ Michael, also known as Jesus Christ.


The Adjudicator, as I state in my video, comes first, and right behind it is the New Jerusalem.


And that is the final sign mentioned in Matthew 24, as to the end of the age of rebellion and the beginning of a Divine New Order on Urantia/Earth.


No particular dates need to be set. All of the signs are happening here now and the Adjudicator is definitely in our solar system, Monmatia, and affecting—even now—our planet in many ways, including the Covid-19 pandemic, which is a plague mentioned in the book of Revelation. New Jerusalem — A triune particle city that will also be the planetary headquarters of Urantia when the planet enters the first stage of light and life. Although the arrival of the New Jerusalem must await the whole planet’s entrance into the settled age of light and life, implementation of the architectural design for the triune particle city is already in motion and will be realized at the First Planetary Sacred Home within the Machiventa Melchizedek Administration some time after the final change point.