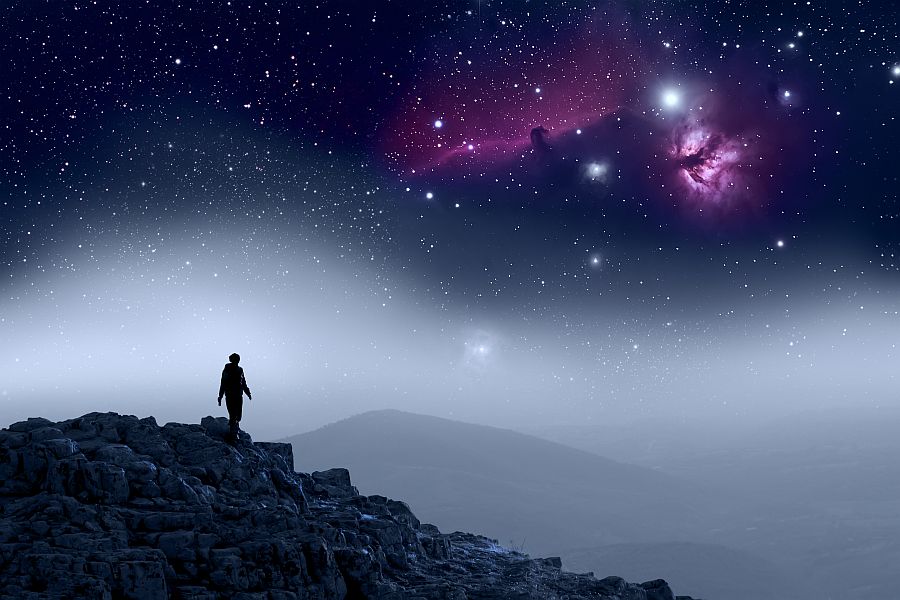 I’ve lived in Arizona from the age of two, growing up on three different Native American reservations—the White Mountain Apache in the village of White River, the Tohono O’dham in Sells, and the San Carlos Apache in San Carlos. After receiving a B.A. degree from Arizona State University, I returned “home” to San Carlos to live and teach, using the wholistic approach of introducing the literature, art, and music from many cultures, including the indigenous cultures of the Americas.
I found my Apache students to be highly sensitive to the beauty of the natural world around them, which was reflected in their art and poetry. Growing up with indigenous friends, I also developed an appreciation for the beauty and rhythm of nature, spending hours in solitude in the desert lands around my home. In addition, my father was a deeply spiritual man, with a career in soil and water conservation, thus he also encouraged my strong desire to walk the trail of truth, beauty, and goodness—among my fellow human beings and in the natural world.

My genetic linkage is mainly of the Scottish people, whose DNA is linked to the ancient Israelites and a blend of races, which was acquired over centuries in the migration to the British Isles.
My social identity began in the home with my mother, father, siblings, and extended family and in the village with my Native American friends and their families. As my education and travels expanded, I grew into identifying as a citizen with first my state, then my country, and eventually as a global citizen. In my youth I had close associations with grandparents, aunts, uncles, cousins, etc. My great grandmother lived with us when we were in Sells, Arizona, and my grandmother later lived with my parents in their home, which I visited almost daily as a young adult. A couple of cousins also periodically lived with our family, so I grew up with a sense of large, extended families who took care of each other. My idea of family expanded to encompass all on Earth, so that I had a sense of planetary brother-/sisterhood.
My identity with the earth began with my childhood experiences in the natural world, where I felt the presence of both the Universe Mother Spirit and other living spiritual forces. I grew to feel a kinship with the plants and animals that surrounded me in my exploration of the lowland deserts and mountain sky islands.
I was blessed to move into my spiritual identity early in life, with my childhood upbringing in my home and experiences with nature. My spirituality expanded through my interactions with others also on a spiritual path and exploring the truths of many religious belief systems. As I unfolded more into my identity as a child of the Creator Father and Universe Mother, I became more rested within my center of being, and today I continue to grow into a further sense of self-esteem, love for others, inner peace, and gratitude.
In my increased self-respect, my heart and mind opened to include more and more persons into my circle of love, thus I have grown into identifying as a planetary citizen of the human race, embracing all peoples of the planet as my brothers and sisters.
When I embraced the epochal revelation of The URANTIA Book and The Cosmic Family volumes, I begin to identify as a cosmic citizen, having many cosmic family members of spirit and angelic orders. I am now able to identify as a starseed, whose point of origin is from the planet of Celano from the universe of Avalon. My personal history of many past lives encompasses interuniversal and interplanetary travel, living and working with a variety of ascending mortals from other worlds and cultures.

It is the destiny of all persons to unfold into their own unique personality, given by the Universal Father God, who has many names here on our world. And, it is the destiny of every soul to walk the trail of truth, beauty, and goodness, within the uniqueness of personality, point of origin, and life experiences. This deep innate spiritual calling is within us all.

These times of great transition have been prophesied in many cultures over the centuries and are referred to as the: Purification, Earth Changes, Tribulation, Great Shift, Sudden Turning, Change Point, Correcting Time, and by many other names.
The Hopi prophecy, given approximately a thousand years ago, tells of a time of purification, where the Fourth World of materialism and confusion must crumble to become the Fifth World of spiritual clarity. Great earth changes, caused by most of humankind being off the Trail of Beauty, have been predicted by a variety of indigenous peoples. The Bible indicates that these times of tribulation are caused by the majority of people sinning against the ways of God. Nostradamus and other mystics predicted these current times of the Great Shift.
Astrologers and others refer to this transition as moving from the Age of Pisces into the Age of Aquarius. Volume 5 of The Cosmic Family states:

The Correcting Time or Time of Adjudication that we are currently experiencing is a moving from the Third Dimension of selfish materialism and greed into the Fourth Dimension of truth, beauty, and goodness—the first stage of light and life.

The Universe Mother Spirit is birthing in the earth the Fifth Cycle or Fifth World, the Aquarian Age, the Fourth Dimension, the Divine New Order, the beginning of the first stage of light and life. Our Creator Mother is shaking up the earth through increased earth and volcanic activity planetwide, including in the ring of fire, of which the Americas are a part.
“Global weirding,”[1] which includes global warming and extreme weather events, is caused mainly by the selfishness, greed, and lust for power of humans who have lost their way on the Trail of Truth, Beauty, and Goodness, or who never found it in the first place. Decisions made outside of divine pattern over the centuries has caused an imbalance in nature. Thus, worldwide we are experiencing the collapse of ecosystems; expanding culmination of toxins in the air, water, and soil; dying oceans due to toxins and less oxygen; and extreme weather conditions of droughts, floods, storms of all kinds, heat waves, and so on.

Economic recessions and depressions continue to occur globally, with some countries and cities actually going bankrupt. In many countries people are unable to get enough food, clean water, or heath care, and in some regions famine is actually happening, due to war, drought, and civil strife. Wars and rumors of wars are occurring all over the world, with the prominent rattling of sabers between Russian and the NATO countries, becoming ever closer to the threat of a nuclear war. Millions of displaced refugees from climate change, impoverishment, internal civil strife, and war are looking for a safe place to lay their heads. Pandemics are always on the horizon, with the recent Covid 19 still causing serious sickness and deaths worldwide.
Both prophets and scientists alike tell of the cascading crises where one event triggers another event, and they predict it will only get worse.

What Do We Do?

As individuals we can often feel quite helpless and hopeless when thinking of these massive world problems that seem to be rushing us to the brink of extinction. However, we, as individuals, can begin our own healing processes by evolving into our identities as human beings who share this beautiful world with other humans, animals, and plants, as well as with unseen celestial personalities who also reside with us on this world. In other words, we can identify as part of one planetary family who are destined to walk the path of the Creator on the Trail of truth, beauty, and goodness, what is also known to be the Tao.
If we live faithfully and diligently on the Tao—in brother-/sisterhood and peace and harmony with all life—our efforts will contribute to the healing of our broken world. We each are a part of the whole, and in order for the whole to become more in alignment with divine pattern and the laws of the universe, the parts have to do this first, one by one.
As we walk with the beauty of truth and goodness before us, behind us, below us, above us, and within us, we will discover our true soul path, a path that includes living with the purpose of making our world a better place for all, not just a select few. No matter if we remain more at home (to be an integral part of our tribe and local community) or travel widely (networking with many others), our living can be honorable and within the framework of Father-Mother God’s love, mercy, and administration of justice.
No matter where we are, if we are on the Tao, we join others with a “Telling”—

A Telling that comes in the textures, shapes, and colors:
Of lives rightly and roundly lived,
Of words strongly spoken,
In song, dance, and drumming,
Of stories told, pictures drawn,
Of living love and practicing mercy,
In loving fully and genuinely.

[1] Global weirding is a term that identifies what happens as global temperatures rise and the climate changes. In these times, the acceleration of the natural cycle of climate change, which usually happens over thousands of years, has been accelerated at an alarming rate due to the human-caused greenhouse blanket around our planet, which holds in heat. This is blamed on the huge amount of carbon released by human activity, especially through machinery and industry.