Advocate for the Poor 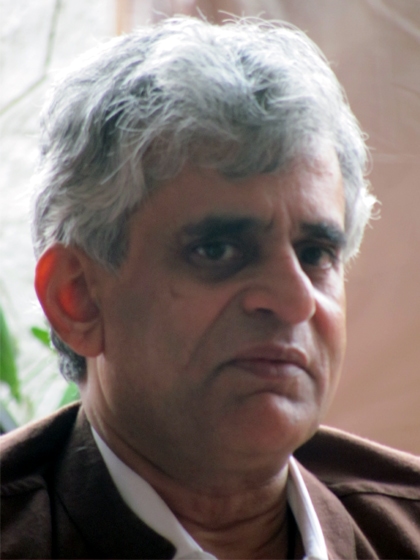 Exposing the truth through honest, unbiased journalism in the media has become like an extinct dinosaur. The American press have the biggest newspapers in the world but the least informed public. The multi-corporate control of the media has not only tainted the Western world, but has extended its ugly tentacles into third world countries like India. New brands of automobiles, and stories about weight loss clinics are dominant in Indian newspapers while national issues plaguing the country such as poverty and segregation remain largely invisible. Mumbai based freelance journalist Palagummi Sainath speaks out against such deception. He has become internationally recognized as one of the most committed-to-the-poor journalists in India today, traveling thousands of miles across India to uncover the atrocities committed against India’s largest industry—poverty.

Sainath decided to portray the faceless poor in rural India by traveling to the poorest villages and put this "unfashionable" subject back on the national agenda. In his book, Everybody Loves a Good Drought, Sainath reveals the living reality of India’s forgotten. He uncovers the truth of how a farmer earns more money selling water than agriculture; of schools without buildings and teachers who have not visited for years their assigned schools yet continue to draw their salaries; of situations depicting what has been termed as "development" displacing the insulted and humiliated from their land and the very world they belong, forming a steady flow of migration to the big cities where the evicted end up as virtual slaves to the middle caste system.

Born in a upper middle caste family, educated with a masters degree from Jawaharla Nehru University, Sainath exposes the injustices committed against the so called "untouchables," victims of India’s long-standing caste system that is still so prevalent today. His book has drawn an overwhelming response not only from readers and young journalists in India, but also from politicians and state governments. The book has been used in thirty universities around the world. Sainath has won dozens of awards for his work in pursuing the subject of poverty.

The oppression of the "Dalits," known as the untouchables, has been the center of his work. Such oppression has been going on for over three thousand years. The Dalits are the people who have to do the menial and degrading jobs. The upper caste families use Dalits as servants, and for example, when the Dalit has cleaned the pots, and pans, one of the upper caste family members will sprinkle holy water to purify all that has been touched by the Dalit. The Dalits are not allowed to wear shoes, and if they wear them they have to remove them when they meet a higher caste person. The Dalits live in separate communities outside the actual village and are not allowed to cycle through the village streets. Dalits are not allowed to sit at the bus stops but are required to stand and wait till the upper caste individual have entered the bus. Once on the bus, they cannot sit on the seats but must move to the back of the bus and remain standing. Most Hindus will avoid having a Dalit prepare their food because they fear the Dalit will pollute it. Christianity is no different. There are separate churches of the same denomination each catering to the different castes. This is the first place in the world where communion was done away with. The reason for this was because the upper caste Christians could not bear the thought of sipping from the same glass as the lower caste. The segregation continues and is perpetuated and reinforced by government programs. Housing developments are built in segregated sections. Segregation is present even after death—the Dalit dead are not allowed to be buried at the regular burial grounds.

With four hundred and fifty castes in India, mostly landless agricultural laborers, and continual injustices committed against the Dalits, Sainath has reason to be angry. However, he offers a hopeful view for the future. He believes there needs to be a change in the mindset of the people. Many believe the problem of poverty and discrimination through the castes does not exist. He has exposed the urban class and rich to the injustices they continue to perpetuate among their own people. In addition, through his writing, Sainath is creating an uprising among the poor to stand up and be heard, to meet the challenge of what true equality represents. He has paved the way by making the invisible visible, using the national media as his sound board to bring the so called untouchables into the spot light and claim their right to be heard and recognized.

We the members of Global Community Communications Alliance honor and recognize Palagummi Sainath as a true freedom fighter who through the power of the pen and the media, has begun the emancipation of slavery in his country and the elimination of three thousand years of oppression against humanity in India.