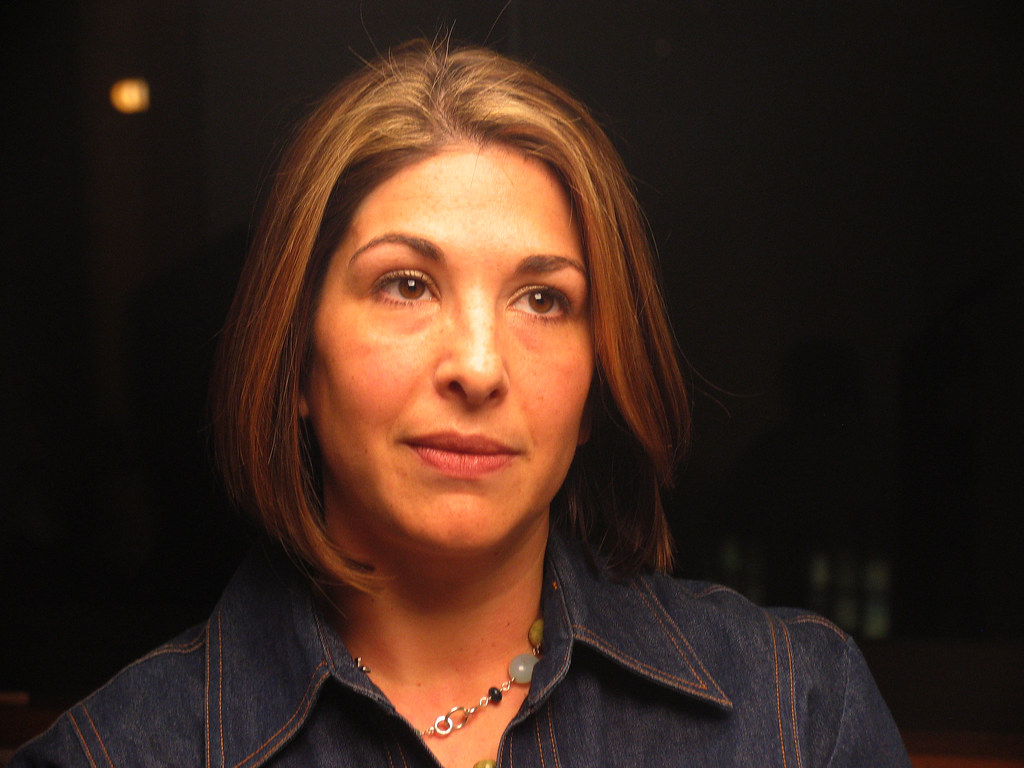 In a world where corporate logos brand the hearts and minds of the young and old everywhere, there is a movement underground that is emerging to the surface — a movement determined to make the big corporations stop and think before they act. With corporations having more power and influence over the people than the governments, it is no surprise that anti-corporate revolutionaries are rising up in defense of and for the people. Naomi Klein (no relation to Calvin Klein), has come out of the logo closet and made known to many her activism ideology through journalism. Considered an activist journalist, Naomi has written a book entitled, No Logo , which has been called "the Das Kapital of the growing anti-corporate movement." Klein explains how the major factories who previously had facaded their buildings with their logos now have been replaced by unknown locations (third world sweatshops) who keep their locations a trade secret.

The inhuman treatment of the underprivileged on the planet has given fuel to the fire of young activists throughout the world who protest the condescending nature and treatment of the people who are enslaved by corporate mentality. The likes of Nike, McDonalds, IBM, The Gap, Microsoft and Wal Mart, to name just a few, have been confronted and exposed for the injustices rendered against their employees and their manner of operation/production. Klein says that anti-corporate, anti-brand activism is taking place on two fronts. Culture jamming whose guerrilla artists inform Joe public with anti-corporate messages via the Internet. Groups like Reclaim the Streets, now an international movement, focus their concerns on environmentalism and the removal of public space. These activists simply stop cars, block a road and have a party on it. Others throw bricks through the golden arch’s (McDonalds) windows and voices crying out for the "real thing" which does not mean time for a Coke. People are saying, "I do want real community, this is a strong and powerful idea, and I resent the fact this idea has been stolen from me."

Freedom of expression is manifested in many different ways. Some activists use the courtrooms, humiliate corporations on TV, take over roads, congregate at international World Trade Organization summits, and oppose outright corporate hands padding government officials wallets as in the Nigerian Ogoni land incident and the Shell Corporation. As with any activist movement, this particular Nigerian freedom fighter Ken Sao-Wiwa got too close to the truth of the corporate government kickback reality, and it cost him his life.

Ten to fifteen years ago Klein was a logo maniac herself who grew up in a family of political activists. As a teen she was ridiculed for her family’s involvement in anti-movements of sorts and indulged herself in consumer corporate logo consumption. She delivered herself from the corporate mania brainwashing by shifting her interests in another direction. Convalescing her mother back to health helped open her eyes which begin to change her life and perspective. Her anti-corporate movement became more apparent as she visited personally the sweatshops around the world and witnessed first hand the malignant treatment of the forgotten’s of our planet. In addition, she has followed the anti-corporate movement for the last five years which was nowhere then, but has become a visible presence today. The power of the Internet has globally united activists everywhere to join forces in bringing about change.

Unlike the anti-Vietnam protests of the sixties with their leaders, their slogans, their single issue politics, Naomi Klein defines the movement as one where the Internet comes to life with the emphasis on information rather than ideology. Klein, who is thirty years old, has definitely become one of the chief popularisers of the movement among the young people and believes it is a far more inclusive movement than those who have gone before. Her ideal experience would be to find some space that hasn’t been bought up by anyone and to see one another as citizens not consumers who have regained their power over their lives instead of giving it away to the greedy control of corporations on the planet.

We the members of Global Community Communications Alliance honor and acknowledge Naomi Klein for her courage to stand up against the corporate giants fearlessly, sharing the truths she has personally discovered and experienced to all who want to be free from corporate-mind manipulation and emotional-heart deception.