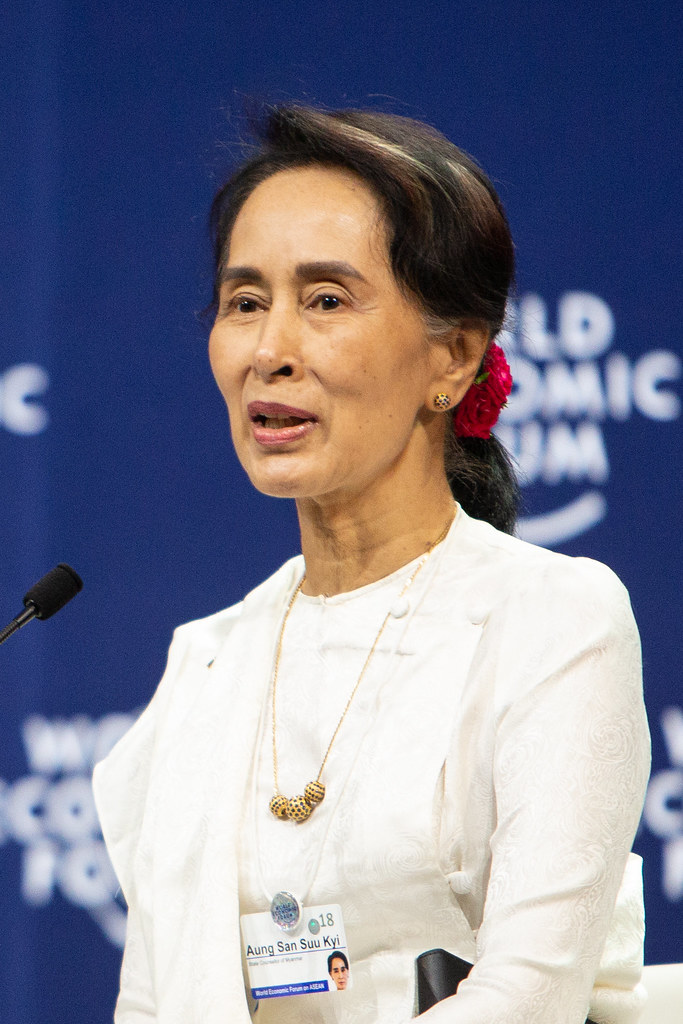 For Daw Aung San Suu Kyi, life early foretold of the massive responsibility the revolutionary must face. This weight she has carried with forbearance and dignity. Patience and great vision have been with her since she was a small child of two years, when her father, Aung San, was assassinated, in his fight for the freedom of Burma. (Now officially known as the Union of Myanmar. Suu Kyi chooses to still refer to it as Burma.). He was a national hero who had devoted his life to achieving Burma’s independence from the British, and who tragically just missed witnessing this.

Like many nations under foreign rule who have gained independence in the past century, Burma has faced much turmoil and upheaval in her quest for new identity. For the past four decades the country has experienced a whole variety of hardships, including the common political repression and economic woes. In 1988, when massive student protests, in the millions, rose to speak out against the Burma Socialist Programme Party, Suu Kyi emerged as a natural leader for new direction. She soon led the formation of the National League for Democracy to address the nation’s woes. Responding to the military’s crackdown on the millions of protesters, which left thousands dead, her call for justice gave voice to the people’s sentiments. She was a breath of fresh air for the stagnant system.

Amnesty International reports that Burma has one of the highest numbers of prisoners of conscience in the world. Many student leaders and pro-active citizens are being detained for peaceful protesting. Is history doomed to repeat itself? Here is the cycling scenario of one voice, speaking for the suffering masses, rising up against the great and ferocious tyranny. In 1990 she won a colossal electoral victory, but those in power refused to submit and, instead, put her under house-arrest. The authoritarian regime naively thought they could shut her up and control her: one officially was quoted as saying "You can forget about Suu Kyi. She’s finished." When a person is given a mandate to carry forth, what does it take to stop them? Would she be martyred for a greater vision, as her father was?

Even though much of the past twelve years have been spent confined to her home in house-arrest under constant surveillance in attempt to control and suppress her, she has carried on her calling for the people steadfastly. In 1991 she was awarded the Nobel Peace Prize in recognition for her righteous struggle, and with the 1.3 million dollars awarded her established a health and education trust in support of the people of Burma. She has unfailingly continued to demonstrate her loyalty to the people, speaking out without fear of the threats of the oppressors.

The women of Burma have been instilled with hope through Suu Kyi’s encouragement. For the past five years exiled women from there have adopted her birthday as Women of Burma Day. Suu Kyi has helped to resurrect the self-worth and importance for them which had been undermined by the ruling regime. She has called them to accept their personal responsibility to take part in standing up for human rights and peaceful progress.

We at Global Community Communications Alliance choose to remain wholly unaffiliated with any particular political group, but nonetheless recognize the struggle for justice and positive change in Suu Kyi’s dedicated cause. We reach out to honor this noble woman and show our solidarity in active solutions addressing such turmoil. May God’s perfect will prevail for all in Burma.