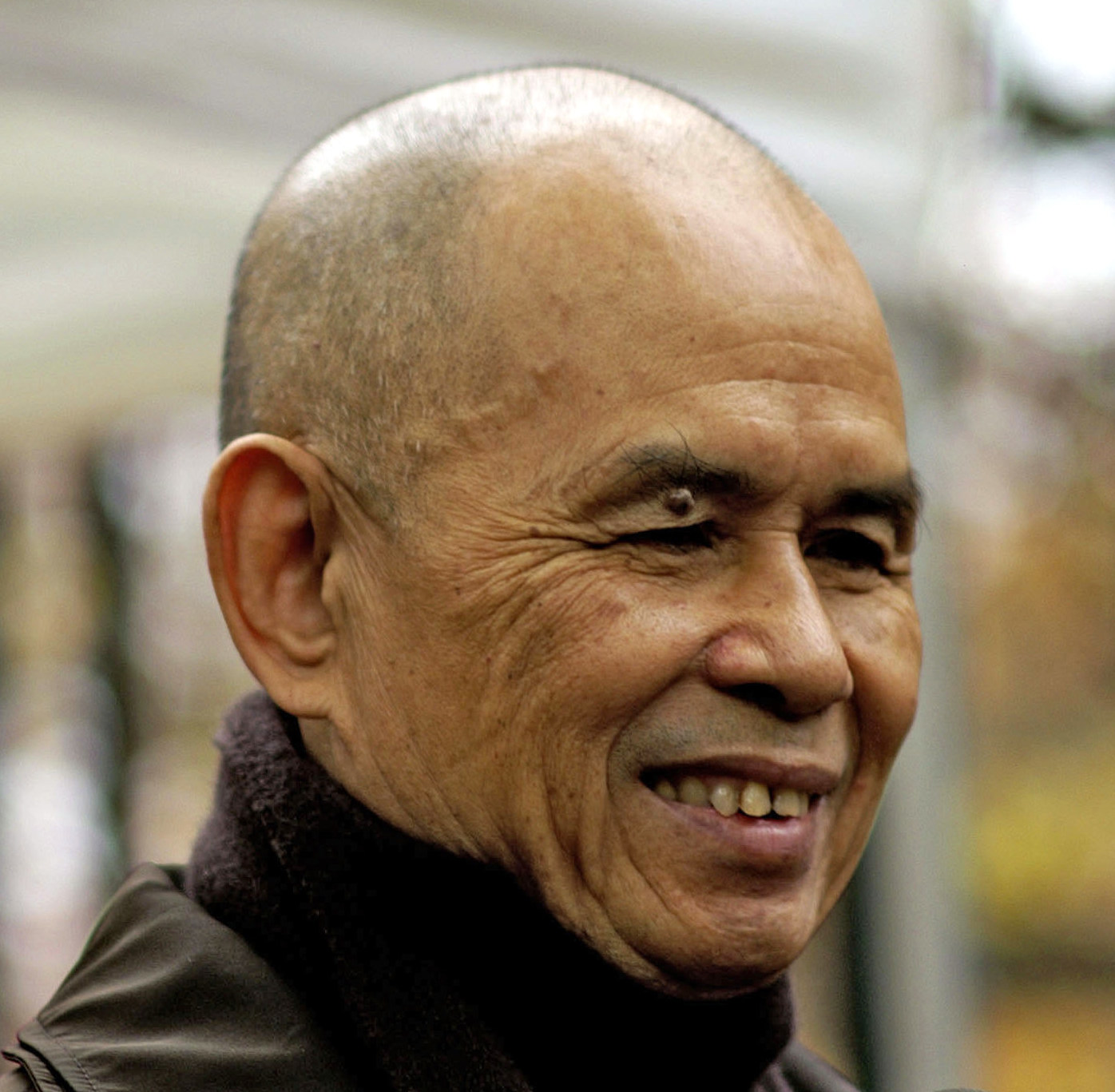 One may wonder why a simple monk would be exiled from his country. Others wonder, "What good are those monks doing for the world off meditating and praying in the monasteries?".

Thich Nhat Hanh has walked a thousand barefoot miles in service to humanity. As a result of his inward searching in the Buddhist monastery life in Vietnam, he became increasingly active outwardly, leaving that lifestyle to be a student and teacher in the US. In the early 60’s he was called upon by his Vietnamese friends and associates back home to take action in response to the turmoil occurring there, so he returned. There he assisted in leading a massive nonviolent resistance movement based upon Gandhian principles.

He soon went on to found the School of Youth for Social Service which eventually gathered over 10,000 monks, nuns, and young social workers cooperating to provide schools and health clinics, and eventually to restore bombed villages, amongst other services. During this period he founded a peace magazine and set up a publishing house, from which he called for reconciliation between the warring parties of Vietnam.

For decades Thich Nhat Hahn has been breaking the stereotypes regarding Buddhists, monastics of all religions, and meditators as inactive and apathetic towards the planet. He has led a movement called "engaged Buddhism", which urges the use of higher awareness as a tool in all interactions, and taking action as called for. This included the movement he and millions of others participated in during the sixties, referred to as nonviolent civil disobedience.

In 1966 he accepted an invitation from the Fellowship of Reconciliation and Cornell University to come to the US to share his experiences and understandings regarding the situation in Vietnam. He met with Senators Fullbright and Kennedy, Secretary of Defense McNamara, and other officials in Washington, making peace proposals. Martin Luther King Jr. and Thomas Merton acknowledged the inspiration and direct influence of him in the friendships they had. After the U.S. he traveled to Europe where his many meetings with leaders included two audiences with Pope Paul IV, who he challenged to encourage cooperation between Catholics and Buddhists to help bring peace.

When the Paris Peace Talks occurred in 1969, he led a delegation to urge cooperative dialogues directed at real solutions. Due to this, and his history of speaking out and leading actions for the end of war in Vietnam, he was banned from returning to his home. Even after the relative stabilization of the government there, he has never been allowed to return.

In the past three decades this planetary servant has tirelessly carried forth in efforts to assist others to become aware of their own personal responsibility for their reactions to any given circumstance. He has written over seventy books on this matter, sometimes using poetry as the medium. His center in southern France has seen many people of all faiths and beliefs join together in solidarity of commitment to personal change and growth for the benefit of all. One of his books, called Living Buddha, Living Christ , seeks to bridge the understandings of the common truths contained in both of the real teachings of these two, so as to bring greater understanding, tolerance, and unity between those of different faiths. We, at Global Community Communications Alliance, believe that Thich Nhat Hahn is worthy of honor because he sees that above and beyond anyone’s personal beliefs, religion, and practices, all humans have a central core of being infinitely interdependent and more fundamentally similar than all the minute and truly trite differences that propel the world turmoil.