Speaking the Truth About Nuclear Energy 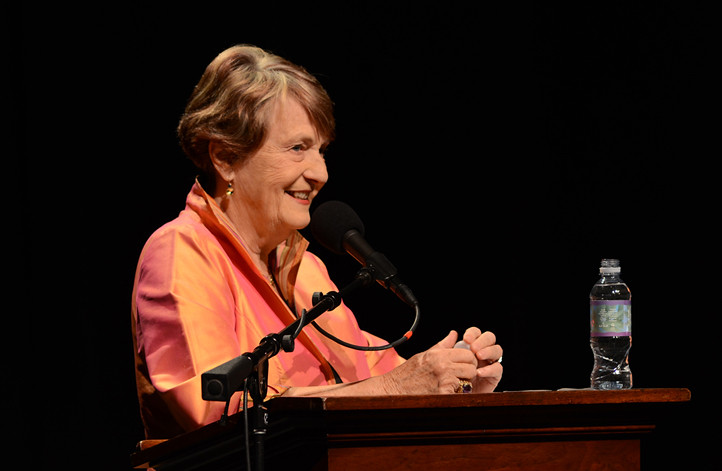 Science and discovery, in their highest forms, should always be tempered with conscience, but our world has oft used the profit motive as the driving principle behind decisions, instead of care for the common good of all peoples and the earth itself. Thankfully, there have been voices crying out in the wilderness for higher responsibility and intelligent action.

Dr. Helen Caldicott is one of those voices for positive global change. As a physician, author, and anti-nuclear advocate, she has committed her life to educating others of the dangers of nuclear energy and using depleted uranium munitions.

In 1961 Dr. Caldicott—a native of Melbourne, Australia—earned her medical doctorate from the University of Adelaide Medical School. She went on during 1977-78 to Harvard Medical School to teach pediatrics while also serving on the staff of the Children’s Hospital Medical Center in Boston.

A couple years later in 1980, precipitated by the Three Mile Island nuclear accident, Dr. Caldicott decided to leave the medical profession and her career there in pursuit of focusing on the prevention of nuclear war, the nuclear arms race, and her concerns of the planet’s expanding dependence on nuclear power. Interestingly, her further research into the Three Mile Island situation revealed facts contrary to the findings in the government’s official report, as detailed in one of her books, Nuclear Power is Not the Answer.

Helen states, "As a doctor, as well as a mother and a world citizen, I wish to practice the ultimate form of preventive medicine by ridding the earth of these technologies that propagate disease and suffering.” Hence, in 1980 Caldicott founded the Women’s Action for New Directions, a group dedicated to redirecting government spending away from nuclear energy use towards what the group perceives as unmet social issues. It’s worthy to note Albert Einstein said, “The splitting of the atom changed everything to save man’s mode of thinking, thus we drift towards unparalleled catastrophe.” When wisdom is lacking in use of technology, truly the earth and its peoples suffer severely.

Dr. Caldicott co-founded an organization of 23,000 doctors called Physicians for Social Responsibility, committed to educating others in the medical field about nuclear energy dangers. While abroad she continued establishing similar groups, and one of these groups—the International Physicians for the Prevention of Nuclear War—was awarded a Nobel Peace Prize in 1985. Helen also won the Humanist of the Year award from the American Humanist Association, among many other awards. In 1995 Dr. Caldicott returned to the U.S. to lecture for the New School of Social Research on the Media, Global Politics, and the Environment. She is the founding president of the Standing for Truth about Radiation Foundation (STAR).

In 2001, Dr. Caldicott wrote another of her seven books, entitled The New Nuclear Danger: George W. Bush’s Military Industrial Complex, and then founded the Nuclear Policy Research Institute in Washington D.C. while touring for the book. This institute offers ongoing public education programs to teach of the dangers of nuclear weapons, energy, and policies via the mainstream media.

Among the list of Dr. Caldicott’s many achievements is a weekly hour radio program that she has hosted since 2008 called “If You Love This Planet.” She’s also been the subject of several documentary films, and she travels frequently, lecturing worldwide. She once said,


Scientists who work for nuclear power or nuclear energy have sold their soul to the devil. They are either dumb, stupid, or highly compromised. . . Free enterprise really means rich people get richer. And they have the freedom to exploit and psychologically rape their fellow human beings in the process. . . Capitalism is destroying the earth. . .

—Dr. Caldicott quoted by Dixy Lee Ray in her book Trashing the Planet (1990).

The Fukushima nuclear plant disaster has been a clarion call for anti-nuclear activists from all over the world. When contemplating Helen’s voice for and comprehension of such a catastrophe, it is revealing of the world’s greed-driven capitalism. She said, “Let us be clear: there are billions and billions of dollars at stake for the nuclear industry, which has, as I’ve written earlier, managed to bamboozle governments around the world, much of the press, and many ordinary citizens into believing that nuclear power is green and clean. Nothing could be further from the truth. The industry will not walk away from that money without a fight.” In reference to the three power plants in Japan that have been built on an earthquake fault, she further remarked: “E=mc2. We are dealing with energy that blows up nuclear bombs.”

Global Community Communications Alliance honors Dr. Helen Caldicott for her numerous efforts in education and prevention of nuclear disasters and her courageous spirit in bringing truth to the world in the seriousness of the times amidst planetary crises. She is a true beacon of light and hope.