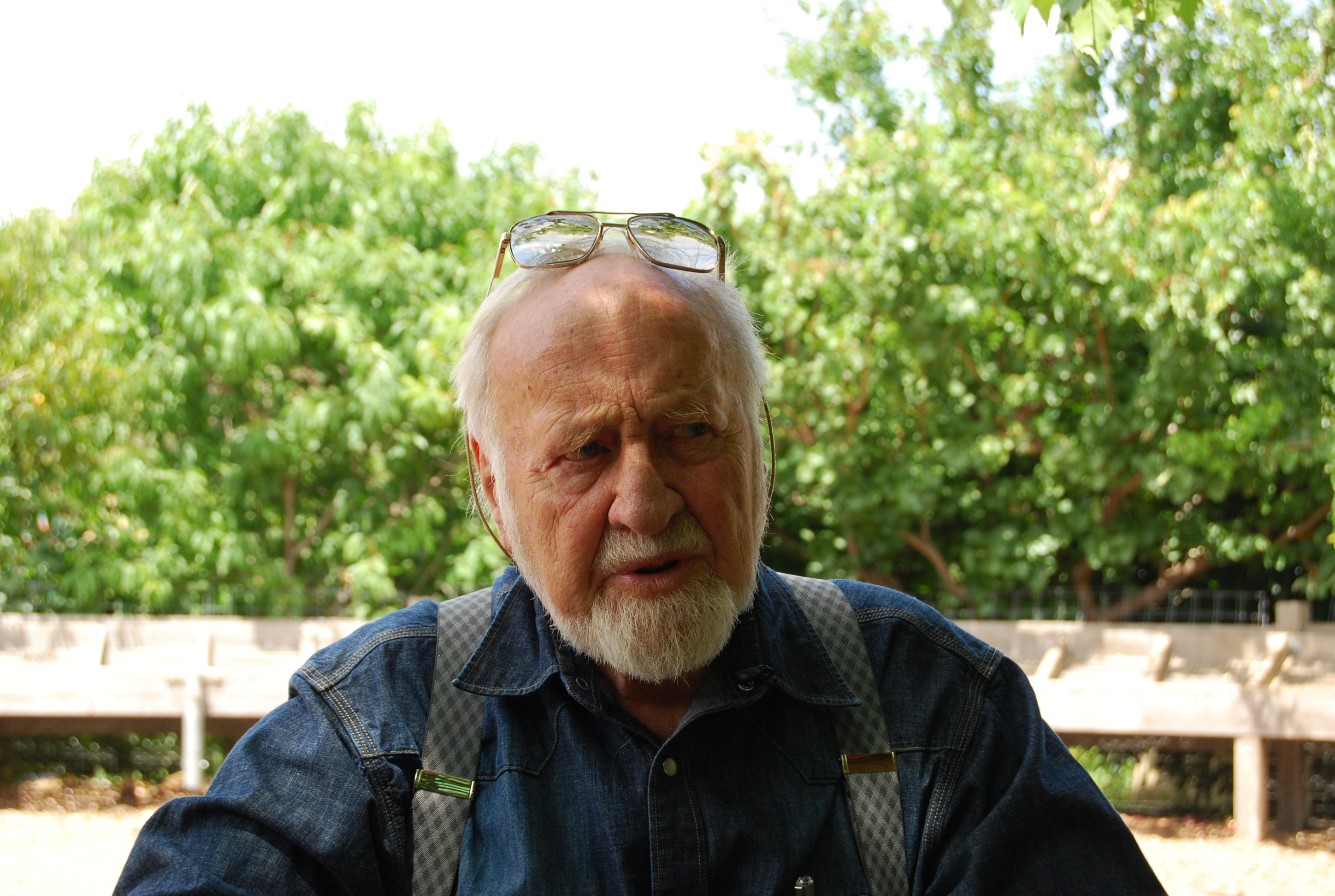 To empower the powerless and create a 'million villages' to replace nation-states is the only safe future for the preservation of the biosphere. Let interdependence and personal responsibility be our aims.1

As a young man, Bill Mollison began to awaken. He had spent his years back then fishing and hunting for his livelihood, but when he noticed fish stocks going extinct, seaweed disappearing from the shorelines, and forests beginning to die, he realized how much he loved the environment. This led him further into his work and study with the ecosystems of his native land, Australia, where he conducted surveys in agriculture, forestry, inland estuaries, and waterway fauna. After 28 years of field work in natural systems, he turned his attention to humans as his “study animal.”

“I set up night watches of them, and I made phonograms of the noises they make. I studied their cries and their contact calls, and their alarm signals. I never listened to what they were saying—watched what they were doing, which is really the exact opposite of the Freuds and Jungs and Adlers. I got to know my animal fairly well—and I found out that it didn't matter what they were saying. What they were doing was very interesting, but it had no relation whatsoever to either what they were saying, or what questions they could answer about what they were doing. No relationship. Anyone who ever studied mankind by listening to them was self-deluded.…I sort of pulled out for a while…cut a hole in the bush, built a barn and a house and planted a garden—gave up on humanity. I was disgusted with the stupidity of the University, the research institutions, the whole thing.”2

This is the period when the idea of permaculture came to him. Permaculture is the term later coined by Mollison and his student David Holmgren. It is a contraction of permanent agriculture or permanent culture, which basically evolved out of the life experiences of Mollison observing what works and what doesn't in the different environments (natural and man-made) of the planet. Since then, for the past three decades, Mollison has taught and developed projects based on the principles of permaculture throughout all seven continents, working with a vast diversity of peoples, including many indigenous ones, in both urban and rural settings.

Extracts from an interview:3

Interviewer: “So permaculture seems to be as much a change in perception as anything else—a change in where one begins to look at things from.”

Bill: “I think that's right. For me, having suffered through a Western education, it was a shift from passive learning—you know, ‘this is how books say things are’—to something active. It's saying (and this is a horrifying thought for university people) that instead of physicists teaching physics, physicists should go home and see what physics applies to their home. Now, they may teach sophisticated physics at the university. But they go home to a domestic environment which can only be described as demented in its use of energy. They can't see that, and that blindness is appalling. Why is it that we don't build human settlements that will feed themselves, and fuel themselves, and catch their own water, when any could do that easily? When it's a trivial thing to do? [A definition of wealth from the Inuit]: Wealth is a deep understanding of the natural world. I think Americans [USA -ed] are so poor it's pitiful, because you don't understand the natural world at all.”

“…The important thing is not to do any agriculture whatsoever, and particularly to make the modern agricultural sciences a forbidden area—they're worse than witchcraft, really. The agriculture taught at colleges between 1930 and 1980 has caused more damage on the face of the Earth than any other factor. ‘Should we tamper with nature?’ is no longer a question—we've tampered with nature on the whole face of the Earth. If you let the world roll on the way it's rolling, you're voting for death. I'm not voting for death. The extinction rate is so huge now; we're to the stage where we've got to set up recombinant ecologies.”

“If you're a simple person today, and want to live simply, that is awfully seditious. And to advise people to live simply is more seditious still. …if you lend your skills to other systems that you don't really believe in, then you might as well never have lived. You haven't really expressed yourself.”

From Permaculture: A Designer's Manual:

“We have expanded our right to live on the earth to an entitlement to conquer the earth, yet conquerors of nature always lose. To accumulate wealth, power, or land beyond one's needs in a limited world is to be truly immoral, be it as an individual, an institution, or a nation state.

What we have done, we can undo. There is no longer time to waste nor any need to accumulate more evidence of disasters; the time for action is here. It is our lives which are being laid to waste. What is worse, it is our children's world which is being destroyed. It is therefore our only possible decision to withhold support for destructive systems, and to cease to invest our lives in our own annihilation. Cooperation, not competition, is the very basis of existing life systems and of future survival.”

We, at Global Community Communications Alliance, honor Bill Mollison for his life service to all of humanity and our planet, and for the future world to come. We join hands with him in the vision of a world of harmonious interdependence, where all forms of life uphold each other, where one and all benefit from selfless service with the inherent truth, beauty, and goodness in the seed of Gaia.