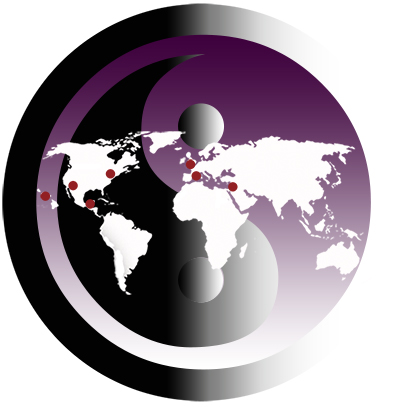 The name—“Global Community Communications Alliance” (GCCA)—must be a mouthful for some people to say, and some would prefer to use the word “cult” when referring to us. We wonder if those few who use that word to identify those in GCCA realize the danger they are causing our children. Remember Waco? Usually a cult is the other church down the street, and with apostates it’s always their former religious affiliation. This has been the case throughout history.

We have high standards of ethics and morality in our church/community/EcoVillage. Some of those standards include:  taking responsibility for one’s own wrongdoing, celibacy before marriage-level commitment, and no abuse of any substance. But some ex-community members, who chose to not live up to these standards, like to use the word “cult” to identify those in GCCA who do choose to live by certain ethics and values.

Those of Global Community Communications Alliance are also activists for social, environmental, and spiritual change, so we ruffle a lot of feathers. Unfortunately, many of those whose feathers we ruffle choose to misrepresent us any way they can, and demonization is the weapon used. Some people are just plain jealous of the accomplishments that our organization and community have achieved. Some demonize us simply because they do not agree with our beliefs on spiritual reality.

GCCA has a variety of public service ministries, two of which are Homeless Is Not My Choice and the Personality Integration Rehabilitation Program for Starseed and New Souls, in which many of the participants would possibly be on welfare and other forms of public assistance if they were not in these programs. They are healing and maturing through their service to humanity in ethical and sustainable agriculture, ecologically-responsible construction, and other areas of creative expressions of higher consciousness, such as in computer graphics, art, drama, writing, and music.

We certainly do not have a one-man leadership cult. We have a Board of Directors, as well as 7 Elders (Spiritual Directors) and 19 additional ordained human-rights ministers for spiritually-oriented services. Our hierarchical structure is no different than most other churches and nonprofit and for-profit organizations. According to the First Amendment rights under the Constitution, like any other religious or secular group, we have the right to our own beliefs (even about past lives, in which ¾ of the world believes), and—we add—as long as the group does not promote hatred and physical harm to another group of people.

So we would hope that before persons refer to those in Global Community Communications Alliance as “cultists,” they understand that, before God, they are responsible for any one of us who can be hurt in any way by this erroneous and thoughtless definition of our church, community, and EcoVillage. Our children call us Mom and Dad, Grandma and Grandpa, just like your children.

Most of the attacks against us are against Gabriel of Urantia, the main visionary and Co-Founder of Global Community Communications Alliance. We can hardly believe sometimes the distorted, hateful gossip and often downright ridiculous rumors and outright lies that people would even consider to be anything near the truth, based upon the beautiful people who represent Global Community Communications Alliance. How can these community members be of such quality if their leaders (especially Gabriel) are all of the negative things of which we are accused?

Newspapers and tabloid as well as so-called news-oriented television shows like to call alternative groups a cult and give a false impression of those groups because that type of sensationalism sells newspapers and increases show ratings. Both types of media receive awards—from equally unscrupulous, status-quo journalistic organizations—for their yellow journalism and sensationalism while they destroy the characters of true environmental, social, and spiritual change agents. Anything goes on the Internet (especially social media) with no accountability for those who spread misrepresentation, distortion of facts, and falsehoods that cause fear and hatred of individuals and groups.

Supposed “professional cult experts” make money from parents of young members especially, and parents pay them huge sums of money to appear in court in child custody cases and, in some cases, have actually kidnapped the young members to “deprogram” them. Professor Stuart Wright of Lamar University, who is an expert on the subject of alternative religions, has much to say on this topic. Here’s a link to one of his videos:  https://www.youtube.com/watch?v=xX8x2KQwrIQ

We would suggest that people who are really looking for the truth about us personally—Gabriel of Urantia and Niánn Emerson Chase—and our service to humankind begin by looking at the following four sites: www.gabrielofurantia.net,  www.gabrielofurantia.info, http://gccalliance.org/resume/, www.niannemersonchase.org

Representatives of Global Community Communications Alliance would be happy to meet with anyone who has any sincere questions about our community and church. We also suggest personal visitation and come with an open mind and heart.