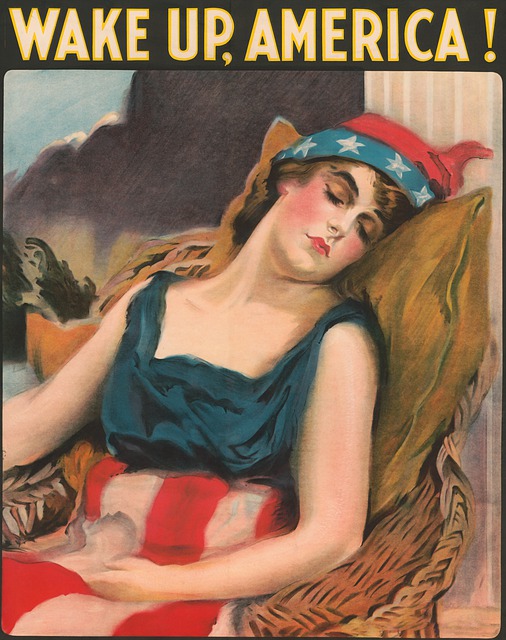 What is the true American Dream? I think in actuality, it is a universal dream, innate in all humans—it’s the drive to find God and to experience and express the love of our Divine Creator, Father/Mother God. This inner drive, when we follow it, can manifest in many wonderful ways:

However, in order for all of these inspirational elements of growth to become part of the true universal dream, our foundation and motivation must be of love—divine love—for any expression of the Universal Father/Mother of Light is always motivated by pure love.

But in our pursuit of a better quality of life for ourselves and our precious world, we each need to be aware, in America and worldwide, of the Lucifer Manifesto, which permeates almost every aspect of the dominant culture of Western civilization.
As the people of our planet become increasingly more mindful of each other and how we treat one another—with love or hate, compassion and respect or disregard and dishonor—it becomes more and more vital daily to awaken from the slumber of not only apathy but our old lower mindsets and choices. We need to:

Wake up, America, to the media propaganda that diminishes our innate desire to find God and discover our natural instincts to live lives of true liberty within divine pattern.

Wake up America to the pursuits that breed addictions of all kinds—addictions that keep us in our own self-made prisons of illness, misery, loneliness, victimhood, superficiality, and arrogance.

Wake up America to blindly sitting in your comfortable church pews, to sleepwalking in a world gone awry, to being manipulated by the marketers in all fields, including politics.

Wake up America to the blind leading the blind.

Wake up America to the many distractions that keep you from fulfilling your true dreams of continually becoming a deeper, fuller, healthier, wiser, more loving ascending son or daughter of God.

Wake up America to the fact that it is the adjudication of Lucifer (a once magnificent but now fallen celestial being), and that it is time for you to outgrow accepting and living the lies of his deceptive Manifesto, with all of its sophistries and evil “normalities.”

Wake up to a new reality, to liberation from your self-made prisons, to a new mind, a new sight, a new life.

Wake up to epochal revelation that clarifies what is real and what is delusion.

From the time I was a child, I have been puzzled, frustrated, and angered by what I considered the stupidity and evil of much of what I read, heard, and saw in the mainstream media. Today I continue to see and hear in most magazines, radio shows, television programs, and films a reflection of the superficiality, smugness, confusion, error, prejudice, and turmoil that is prevalent in so many Americans.
Of course there are wonderful expressions of depth, intelligence, and compassion in all forms of media, and in many people, but not enough to make the change desperately needed now for our endangered world and her peoples.
When I encounter lower forms of media that, frankly, reflect the orthodox and more conventional ways of looking at reality (which is actually nonreality), I realize more and more the need for epochal revelation, the need for the truth, beauty, and goodness found in The URANTIA Book and Continuing Fifth Epochal Revelation to become a part of every culture on this planet, to become a part of the many expressions of culture—in the languages, art forms, and religions.
Every time I see a film or television show, hear a radio program, listen to a song, look at a piece of art, or read something that deviates from divine pattern, I realize how each individual who contributed to the making of these deviations needs a new mind.
Every time I hear on talk radio or YouTube so-called clairvoyants, remote viewers, spiritual teachers, politicians, scientists, and other “experts” pontificate on their specialty (which actually takes listeners on a detour from higher truth and reality), I realize how desperately these individuals need new minds.
Sometimes some of these individuals’ hearts may be in the right place, and they even may have some truth, but they are still detouring. They need new minds and bigger minds, so that they not only bring hope but true reality and clarity and cosmic truths, rather than a bunch of falsehoods or fairy tales or myths.

Decades ago, when I first discovered The URANTIA Book, I considered it one of the greatest gifts I had ever received. My whole life, I had been living and walking in the experiences of unfolding personal spiritual revelations and insights, and so I was fairly fulfilled and very happy. Yet simultaneously I was reaching for something more, something even deeper and fuller, an even more meaningful life of service to the world. I felt a call to have an even higher avocation than I already had as a teacher in the educational system.
I was in much pain over the great suffering of others, including many of my own family and friends. I knew that the world needed to know God in a much higher way than what was perpetrated in narrow, fundamentalistic religions.
When I came to The URANTIA Book, I was at a place of frustration, struggling with how to go beyond the various religions’ expressions and doctrine, which I knew were so limited, and many were even twisted and distorted beyond recognition of anything to do with reality within divine pattern. I knew that there was more than I had found in the various forms of Christianity. I knew there was more than what was in the many expressions of the older religions of Hinduism, Buddhism, Judaism, Native American spirituality, and even the New Age teachings.
I loved many of those spiritual teachings and had been greatly blessed by them, but I hungered for more clarity and expansion of understanding. So it was a tremendous relief for me when I began intensely studying The URANTIA Book, which brought almost instant clarity to my mind. I was excited!
Continuing Fifth Epochal Revelation (the continuation of The URANTIA Book) was gifted to me at the same time I received The URANTIA Book. It was in meeting Gabriel of Urantia that I was blessed with both the Fifth and Continuing Fifth Epochal Revelation. As Gabriel and I studied TheURANTIA Book together, Celestial Overcontrol (benevolent spiritual beings in another dimension) would speak through Gabriel to answer our questions, give us added information, explanation, and counsel, thus creating the unfolding Continuing Fifth Epochal Revelation, part of which is found in The Cosmic Family volumes. And this expanded revelation continues to come through the Audio Fusion Material Complement, Gabriel of Urantia, to this day.
When I first encountered all of this epochal revelation, I felt like I was receiving a new heart, a new mind, a new spirit, and I still feel that way, more than thirty-five years later. I feel like I am being reborn almost every day, continually being renewed in mind, heart, and spirit. That is the gift of epochal revelation, if you keep embracing it and living it, especially here in Divine Administration where we are aligned with angels and other orders of celestial personalities to help bring about the redirection, correction, and rehabilitation of this world, starting with each of us individuals.

Our society, through the media, perpetuates fear in many many forms—including fear of extraterrestrials who want to conquer and control our world, demons who want to invade and possess us, ghosts who want to haunt us, and earthlings who want to rape and kill us, whether they be our neighbors or terrorists from another country, culture, and religion.
As long as Americans (and all citizens of our world) participate in bringing that kind of fear propaganda into their consciousness, they will be enslaved in their minds and hearts—fear-ridden and angry. As long as an individual is invested in the fear syndrome, he or she will not be liberated to move into a new heart, a new mind, a new spirit that our local universe Creator Son, Michael of Nebadon (Christ Michael), wants each of us to personally manifest.
The URANTIA Book indicates that many people on this planet are victims of fear. Fear is a part of humans’ inheritance from our animal origins, which was necessary for survival. In order to ascend into our higher human minds and higher psychic circles, we need to become mindful of our fears, along with the habits and addictions that keep up in a fearful mindset. Within each of us is a Fragment of the Universal Father, as well as the Spirit of Truth, which can help us adjust our minds, help us be renewed. However, we have to cooperate, for the Spirit of God within us does not go against our freewill choices.
Often in his walk on this world, Jesus ministered to people who thought they were possessed by demons, who thought they were permanently succumbed to a chronic disease or illness, who thought they were insane. In most of those cases, they were basically just confused and fearful. Their minds were filled with fear, and with fear a person cannot think straight. Within fear people make decisions that cause harm to themselves and to others, and quite often hatred grows out of fear. So together let’s all:

Wake up, America, to the fear-based language and messages that are everywhere.

Wake up America to the many ways these messages encourage our addictions.

Wake up each individual, to your own personal addictions that keep you from being healthy, from being balanced, from being a deep thinker, and a compassionate, loving person.

Wake up to your attachments that keep you blinded, apathetic, and brain-stained by the lies of the fallen mind, accepted by the mainstream as “normal.”

Awaken to new hope, new vision, and empowerment from the Threefold Spirit of God to compose a life of love, of depth, of wisdom, of responsibility, of higher service to humankind.

Awaken to epochal revelation, because together we can truly create an amazing new epoch in history—a bright new future for our beloved world and everyone on it.