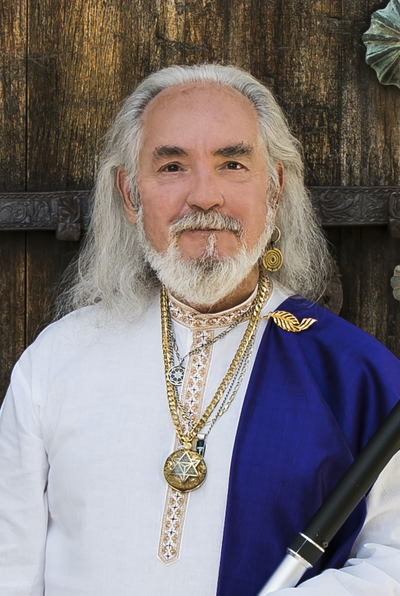 To the General Public in America and All Planetary Citizens Worldwide,

It has been said of me that I am the most misunderstood spiritual leader on the planet today.  The Creator Son, Jesus Christ Michael, was crucified as the Son of Man because certain others did not understand His teachings, and throughout the history of this planet many other spiritual leaders have been misunderstood and wrongly accused.  I have been led by God in this life not to choose the established, institutional church to minister from and within.  As a result of my calling, I have struggled all of my ministry life for credibility in the eyes of the religious mainstream.

For example, I chose to work with the homeless and street people in several large cities instead of starting a traditional church. In Tucson, Arizona it was only when I became a volunteer chaplain at the county jail within the sheriff’s department and worked with their pre-trial release program, through my own halfway house, that some local pastors recognized me as a Christian minister.  Other local pastors in large churches did not accept me as one of "them" until I started "saving" the working-class people who I sent to their churches and who began to tithe to them.

As a visionary musician, I originated “New Age Vocal” in Hollywood, which created a new market for many vocal artists, a market in which I received little recognition as its founder or as an artist. Now I’m introducing CosmoPop™   to the music world, which will also open up many avenues for the fusion of spiritual lyrics and commercial melodic expressions in music. (CosmoPop has also evolved into a form of music known today as Conscious Pop.)

As I stated on the back of my CD Holy City, "I can’t change who I am, as far as my past lives on this planet." This belief in repersonalization alone will automatically alienate certain minds from not only me but those others at our planetary sacred home. The Native Americans for thousands of years have taught the belief in "Star People" and "star tribes," as well as the ancient Egyptian and Nubian teachings.  I believe the influence of Continuing Fifth Epochal Revelation has rekindled the cosmic connection in the ancient teachings of the old ways of the Native Americans, part of which are eternal cosmic truths, common to all the religions on our planet.

If I were Catholic or Protestant or Buddhist or Hindu or of another religious persuasion, I would speak in certain familiar religious terminology.  By studying Continuing Fifth Epochal Revelation, I am a student of a new vocabulary for humankind. Many of the revelatory words and concepts of The Cosmic Family, Volume 1 and other Continuing Fifth Epochal Revelation materials have been embraced by thousands of others in the New Age movement.

I understand why other people do not comprehend our theology.  I also understand that to some, our teachings are strange, and to others we seem "far out," particularly when we say some of us are past apostles and those souls who have been called saints in history, and I claim to be some of them.  To some in the Urantia movement, my claim of being Van (see The URANTIA Book, Paper 67) is absurd; to the Christian world my claim of being in the first century with Jesus is anathema.  The list goes on, as I have been repersonalized in many reformations of the mass-consciousness in various evolutionary religious movements.

To my family and friends back in Pittsburgh, Pennsylvania, I will always be known as my birth name (just as Muhammad Ali will always be Cassius Clay to some).  For that is how they remember me.  But what I have experienced has changed me, like many people change over the years, particularly when they leave their hometowns and birth religions.  For starseed like myself, another unique experience happens to accelerate spiritual ascension—we come into our cosmic minds. This opens up emotional and genetic memories of other lives and other worlds of time and space on which we lived.  We begin to change dramatically.

We Destiny Reservists of Global Community Communications Alliance have started a Spiritualution™.  We implement Spiritualution through Starmotion™.  The memory circuits of us 170,000,000 starseed worldwide are beginning to open.  We know we have had past lives on this planet.  These memories are not the memories of an experienced Thought Adjuster (a fragment of God) that lived in the mind of another soul, for memory recollection is not the function of a Thought Adjuster.  A Thought Adjuster’s function is to lead the soul to God and into the soul’s individual God-personality growth.

Spiritual and political leaders who try to be diplomatic to the point of dishonorable or remunerative compromise may become famous, but they will never bring about true social change and justice.   The greatest enemies throughout the history of groups who promoted individual and global change—like the Bruderhof Community, the Mormons, the Quakers, and many others—were some former members, some family of the present members, and those who use the apostates and their families for their purposes of propaganda.  It is our purpose to unite families as we work toward unifying people.  It is our enemies who accuse us otherwise.  It is the state of the world and the fear and prejudice within the minds of individuals that actually separate families.

Any group of individuals who are activists against tyranny, injustice, and destruction of the environment, and stand for religious freedom and any other issues that go against the status quo, will have their detractors and bitter enemies. Yet this is how civilization advances on a fallen world, and this is how this once great country of America came into being—by dissenters from all over the world coming together to form a new order of the ages and a just constitution.

We intend on helping to build a new world of light and life, with all the other groups out there trying to bring about a more just planet.  All one need do is to study our Web sites and you should come to that conclusion, else why would we be building Future Studios,™ a multi-media outreach to the world, which we hope now to relocate to the Tucson area.

The most iniquitous like to demoralize and demonize their targets. Usually, their targets are change agents like us, who are really making a difference in this world—environmental, social, and spiritual activists.

Global Community Communications Alliance has many mandated leaders from Niánn and I to other Elders, First Assistants, Second Assistants, and Vicegerent Elders and Assistants.  All of them make significant decisions daily.  Many of them have no contact with Niánn or I throughout the work week and have independent authority in their various administrative or nonadministrative functions.

If and when a final decision is necessary in any area, Niánn and I are available to try to give one. Niánn’s and my leadership is primarily that of a spiritual nature, which is first and foremost to help others ascend in their souls. In other areas where we excel, like any organization, we share our expertise and have more input. Niánn, for instance, in educational curriculum and I in music and counseling.

It is my sincere prayer that those who look at us with pure intention will be able to discern our motives.  Although some of our teachings may be incredibly hard to believe or too good to be true, depending on your perspective, rest assured that we are sincere in our goal to become the best human beings we individually can be and that we intend to be a guide for others with the same ideals.

We may appear to be a threat to some who do not understand or misinterpret our teachings.  Those other iniquitous souls will naturally work against us for whatever selfish reasons they choose to, for we are a force for truth, unselfishness, and goodness.  To any of you with honest concern, this letter is my heartfelt attempt, full-well realizing the vulnerable position it puts me in, in order to try to help you to understand our religious beliefs and personal truths.  We seek solidarity with all God’s children to bring greater fulfillment in all of our lives and to help bring global change to the world, for the sake of all the families of this planet we call home.

In the seriousness of the times,

Gabriel of Urantia, Mandate of the Bright and Morning Star