How we change the world

The Be Aware Proclamation

by Gabriel of Urantia

Even though COVID-19 is happening, we are still accepting applications for those who test negative and can provide these results to our office via scan or fax, etc. Assuming it is a negative result, we ask that these results are sent to our office right before your visit. Our main office email is info@uaspr.org and our phone number is 520-603-9932. Please let us know if any questions and we would be happy to talk with you.

We believe in the soon return of the Promised One and we are diligently serving to create a harmonious and sacred sanctuary for Destiny Reservists (Change Agents, Light Workers, The Helpers, etc) to gather, live, grow and assist in setting up His new administration of peace and justice. If you feel this is your calling, please inquire about joining us and fill out the application here: https://uaspr.org/membership

We are a union of souls establishing the prototype for a new global society founded on spiritual unity and principles of divine pattern for creating a sustainable planetary culture. We are missionaries and students of the Fifth and Continuing Fifth Epochal Revelation (found in The URANTIA Book and The Cosmic Family Volumes) which contain the latest and most expanded spiritual teachings available on the planet based on the cosmic fact that we are one planetary family under one Creator.

Through selfless service to humanity and a wide variety of outreach programs for both physical ministry and spiritual education we are called to help create a shift in global consciousness that will bring lasting world peace and usher in the new age of planetary cooperation and cohesion foreseen and foretold by many prophecies throughout history.

"All believers in the Creator as a personality must put away the doctrines of man that separate humanity and come together in the love of the Creator, which is what true religion is all about. Humanity must begin to expand its consciousness on the vastness of the Creator and the Creator's creation. It is essential now that a Spiritualution take place and we come together in radical unity against religious dogma, fundamentalism, and narrow-mindedness.
We are one planetary family."
— Gabriel of Urantia, Co-founder In our country right now, everybody has an opinion. There's the left, the right, and all the in-betweens.

We hear a lot of talk today about the Declaration of Independence (1776) and the Constitution of the United States (1787).

And indeed, men of God wrote the Declaration and the Constitution, and these documents definitely have brought this country, up to this point, to a Promised Land to come to, to make it the desired country for millions to immigrate to, with the hope of a better life for them and their children.

My own grandparents, from Italy, had that hope. And I'm sure many of you who read this had ancestors with the same hope too.

It's important in this juncture—that I believe is the Times of the Purification of the Hopi elders, and of the Christian teachings called the Tribulation, and that of many other religions who speak in their scriptures of the time of troubles and the coming of a Promised One, who would bring justice to this planet—that we must look for and know our true spiritual leaders.

But their hopes were that what they wrote in these documents would bless all the citizens that came to this country, called The New Order of The Ages.

But writing something down on paper and in a document does not make an individual obey the document.

Only God within a person can do that. Knowing right from wrong can only come through a relationship with the Creator.

This I call a Spiritualution, a spiritual revolution, and I have been teaching this for over 30 years now.

Men and women who have tried to right the wrongs of this planet have been persecuted for centuries and centuries.

They have been lied about, misrepresented, hung, persecuted, burned at the stake, and assassinated for trying to really change this world.

They have been called all kinds of things, their reputations ruined. And that is the cost, as Dietrich Bonhoeffer's great book, The Cost Of Discipleship, points out.

The Apostles all lost their lives to Caesar's empire. They were martyred.

As said by Edmund Burke: “The only thing necessary for the triumph of evil is for good men to do nothing.”

What’s Going On? Is There A Real Answer?

The Cleansing Process Of The Earth In Relationship To The Cleansing Of Our Souls At This Time Of Pandemic, Social Unrest, Rioting, and Earth Changes

by Van / Gabriel of Urantia / TaliasVan 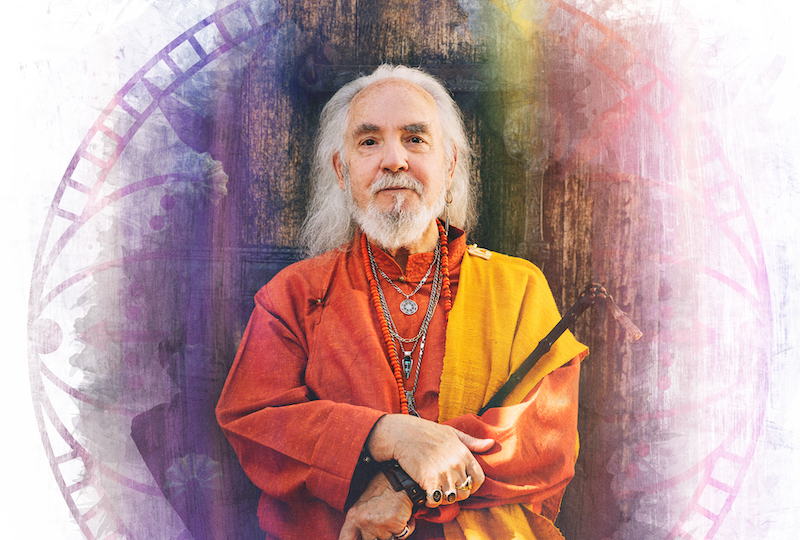 "More than ¾ of the world believes in reincarnation. However, the higher teaching is actually “repersonalization,” as taught in Continuing Fifth Epochal Revelation. If you’re a starseed, you have had a past life. In Divine Administration we recognize each other's past lives. Many of the Destiny Reservists who have been called here have been with us before in what we call the cosmic family." Donors wanted to support international Religious Worker Missionaries and their families to pay for nonimmigrant visa fees and for their flights to Arizona.

For a family of four the usual cost of the first Religious Worker Missionary visa and travel is $3,400 and each family member is at least $2000, for a total of nearly $10,000.

Your name, if you want, would be put online as a donor and contributor to these persons or families.

We have a family right now of four that wishes to come from South Africa. 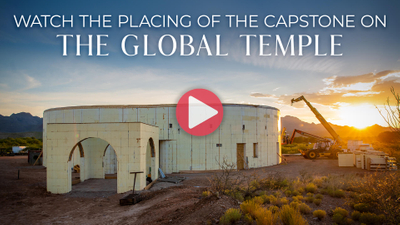 "We artists; we bleed notes and melodies. We weep poetry. We laugh colors.
We kneel in the battlefield of dreams. You cannot kill us, for we leave ourselves everywhere we go." 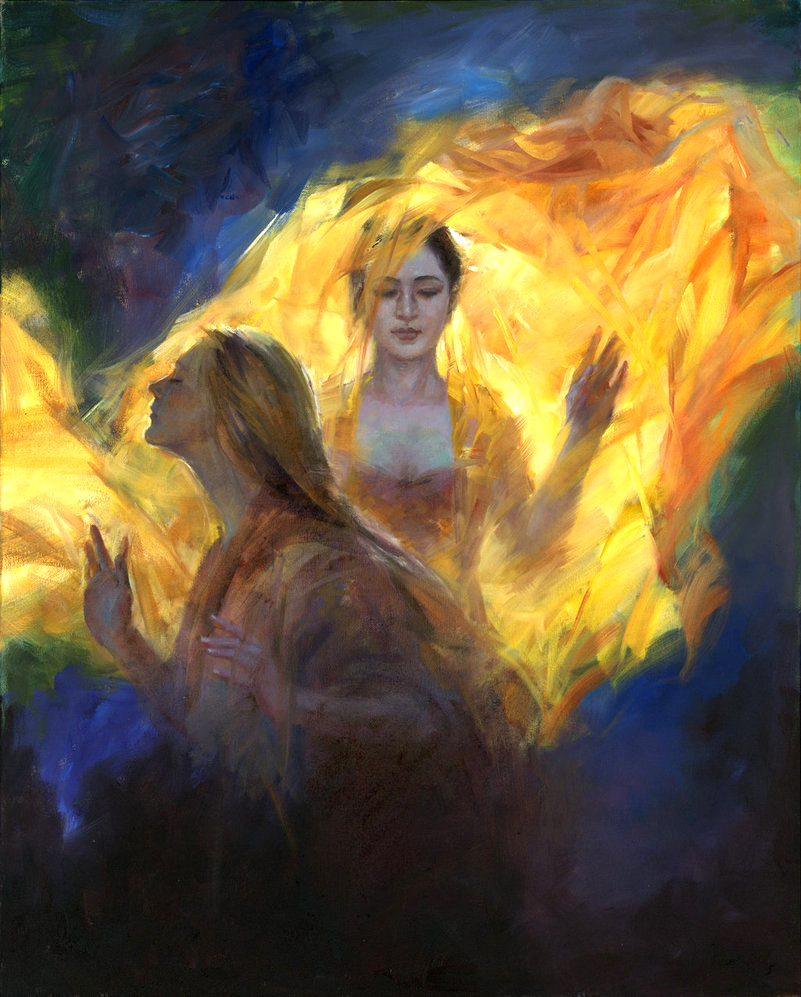 Encountering the Healing Presence of God "True spirituality is not the words that we speak, but it is how we live our lives." The Mandate of the Bright and Morning Star is a mandate given by the universe Creator Son, Christ Michael, through His firstborn son Gabriel of Salvington to a complementary pair unit, in this case Gabriel of Urantia and Niánn Emerson Chase, who are Van of The Urantia Book and his complement Niánn, of the Caligastia One Hundred. Stewards & Students of An Epochal Revelation

The community and culture of GCCA is founded on the teachings of the Fifth and Continuing Fifth Epochal Revelation (The URANTIA Book and The Cosmic Family Volumes) given to the planet by Celestial Overcontrol beginning in the 1930's and continuing to come through today. Epochal revelation has always been part of the spiritual progression of the earth (known as Urantia in the celestial realms) and its peoples. The Fourth Epochal Revelation was the bestowal and life of Jesus of Nazareth, known as Christ Michael in the celestial realms, the Creator Son of our local universe. The Fifth and Continuing Fifth Epochal Revelation is given now, when the world is globally connected, for an expanded understanding of the history and destiny of this world, of the ascension path for our souls, and of the cosmology of the Master Universe. The Eldership is asking for donations from people of all religions to help in the building costs of this temple, known by several names:

This Global Temple will serve humanity with classrooms and a library of unique spiritual books of all religions, to train students of The University of Ascension Science and The Physics of Rebellion as administrators, ministers, and healers of the coming Divine New Order / first stage of light and life, and a global reminder of the soon-coming of the Promised One of all religions. This chronology presents an overview of Gabriel of Urantia's educational experience and personally meaningful ministry, a brief record of his U. S. missionary service to humanity for more than 40 years. During these years his service to churches, social service programs, spiritual ministries, and as a spiritual counselor provided him and his family room, board and necessities, without a salary. This continues to be true up to this present day. A Union of Souls

Global Community Communications Alliance is composed of over 100 missionaries and ministers who have left the system and dedicated their lives to the service of humanity. To learn more about what it means to be a Destiny Reservist Missionary and join in this work click the button below. We bid you come. Adjudication of the Bright and Morning Star vs. Lucifer

The social, political and geological upheavals occurring around the world today, and the intensifying weather disasters, are cause and effect symptoms and warning signs of the adjudication of the Lucifer Rebellion by The Bright and Morning Star of Salvington, the first-born son of Jesus Christ Michael. The adjudication began in 1911 and is now greatly up-stepped in the tribulation period, a time of great upheaval prophesied throughout history and known to the Hopi and other indigenous tribes as the time of purification. Global Community Communications Alliance Church and its affiliates embody the spirit and values of our local communities and are proud supporters of neighborhood needs in Santa Cruz County, Yavapai County, and Pima County, Arizona. By turning beliefs into action we provide jobs in almost every field including over 100 directly employed full-and-part-time nurses, CNA’s, construction workers, contractors, mechanics, engineers, farmers/gardeners, and landscapers to name a few. We play a vital role in building healthy communities by providing these jobs and supporting local business owners in critical services that contribute to the economic stability of our state.

Messages from The Mandate

Point of origin Alcyone of Avalon (the Pleiades), daughter-in-law, Vicegerent First Assistant Minister, teacher in the Children's School, has her own radio show Spirit Talk Radio on KVAN.FM, musician and singer/songwriter, mother of two of my grandchildren: AlaJi and AlaJah. She is a very gentle Mother-spirited soul of Alcyone.

Gabriel of Urantia is now open to give Personal Transmissions to others about past lives who may be Destiny Reservists.

We suggest that you read The Divine New Order which can be ordered online at GlobalChangeTools.org In order to heal we need to provide the inner environment for the ministry of the Threefold Spirit of God and the other living spiritual forces to work with us. 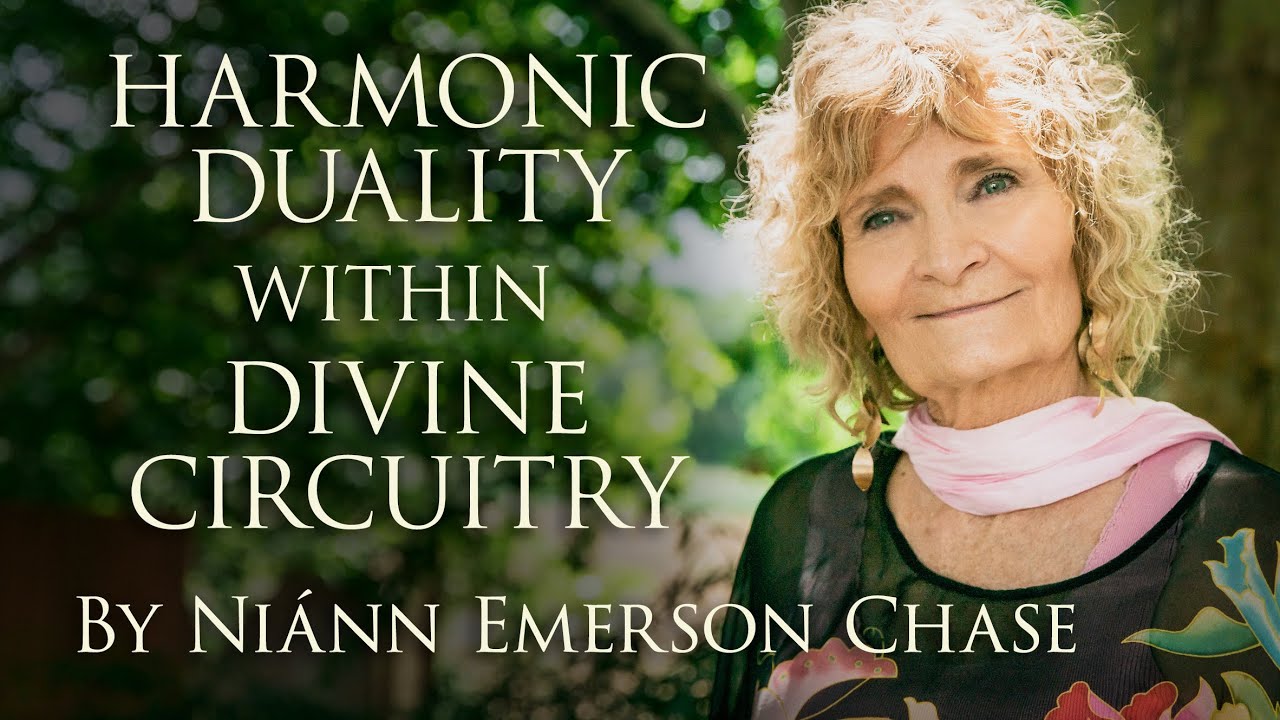 "VISIONARIES Act when the time is right.
DREAMERS just dream." Originally founded in 1989 to foster a society of truth, beauty, and goodness, of hope and destiny fulfillment, of unity without uniformity, and higher understanding through the study of revelatory concepts taught in The URANTIA Book and The Cosmic Family Volumes (Continuing Fifth Epochal Revelation), programs at
The University are instrumental for accomplishing a world point of view in all departments of human thinking, feeling and doing. On-campus and non-resident education and training available. Serving as the campus, agricultural department and sustainable learning facility for The University of Ascension Science and The Physics of Rebellion.

Radio of the Future for Minds of the Future™. The New Sound of CosmoPop® and Global Change Music! Visionary Radio broadcasting from our studios at The Sea Of Glass—Center For The Arts in Tucson on 91.7 FM and streaming across the universe on KVAN.FM. Serving souls in their final phase of life in recognition that this time holds tremendous potential for emotional and spiritual growth for all involved. GCCA is a member of these organizations doing good work: